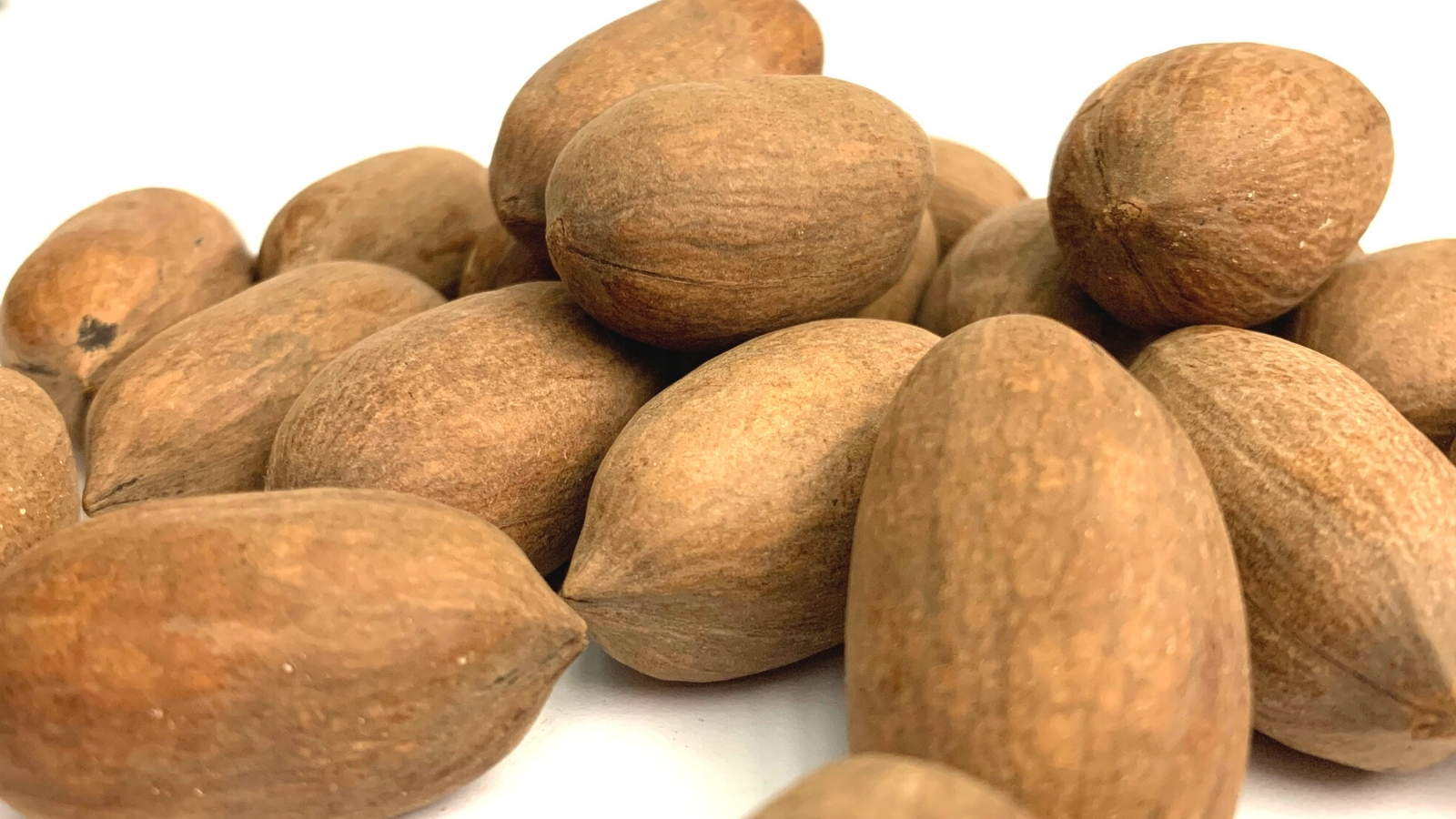 Pecan Shipments Up for the Month of February

The latest pecan industry position report has been released showing pecan shipments slightly up 0.2% for the month of February, and up 14% for the season when compared to last season.

Shelled shipments are down 8.7% when compared to February of 2020*, however in-shell shipments surged 27.4% bringing the month of February slightly into positive territory. It should be noted that data has been changed from the original data release adding just under 10 million pounds to the deliveries for last February.

The increase in in-shell deliveries came from both China shipments and domestic shipments. China has been slowly purchasing US pecans again with the ability to apply for tariff reduction. Last season saw shipments begin to increase to China and again this year we are seeing shipments increase. As of the end of Q2 China has purchased almost 2 million pounds more than last season at the of the 2nd quarter. 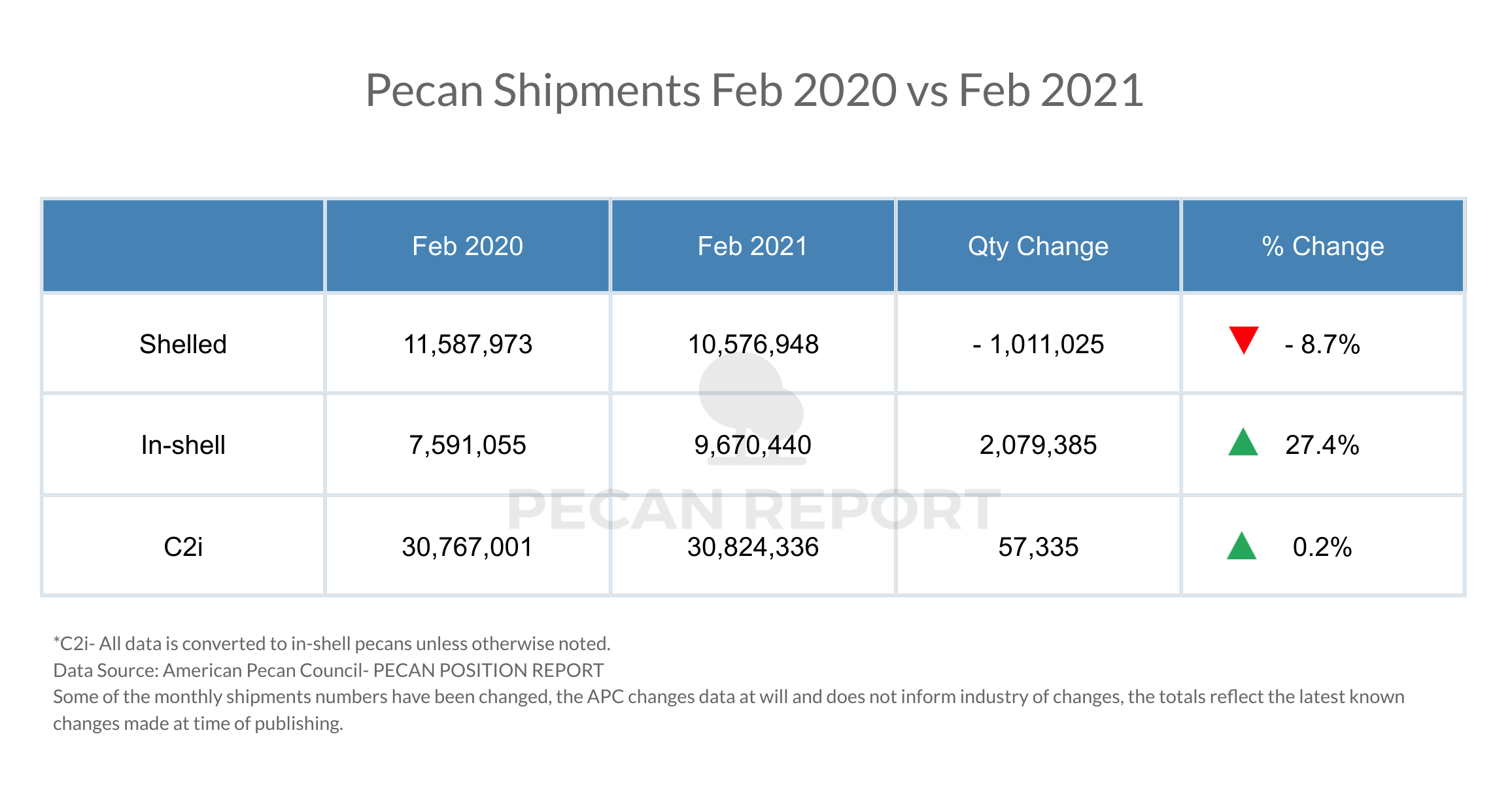 Hopefully this trend will continue and pecan shipments to China will reach 2017 levels again in the future. Relations between Chinese buyers and US growers have been very good however the trade war has increased tariffs to rates that have made US Pecans in China far less affordable than in previous years.

Export shipments of pecans are up for the season by just over 10 million pounds most of which has come from increased exports to China. This trend is likely to continue as the reduction in tariffs has positively affected the in-shell pecan shipments to mainland China. The alternative routes into mainland China are still largely shut down as most buyers are no longer willing to risk being fined and even jailed for possessing pecans that did not travel through the proper channels and tariffs paid.

As economies reopen and more people receive vaccines pecan shipments will likely improve even more, and export shipments may outpace domestic consumption. The latest pecan position report is available at the link below. 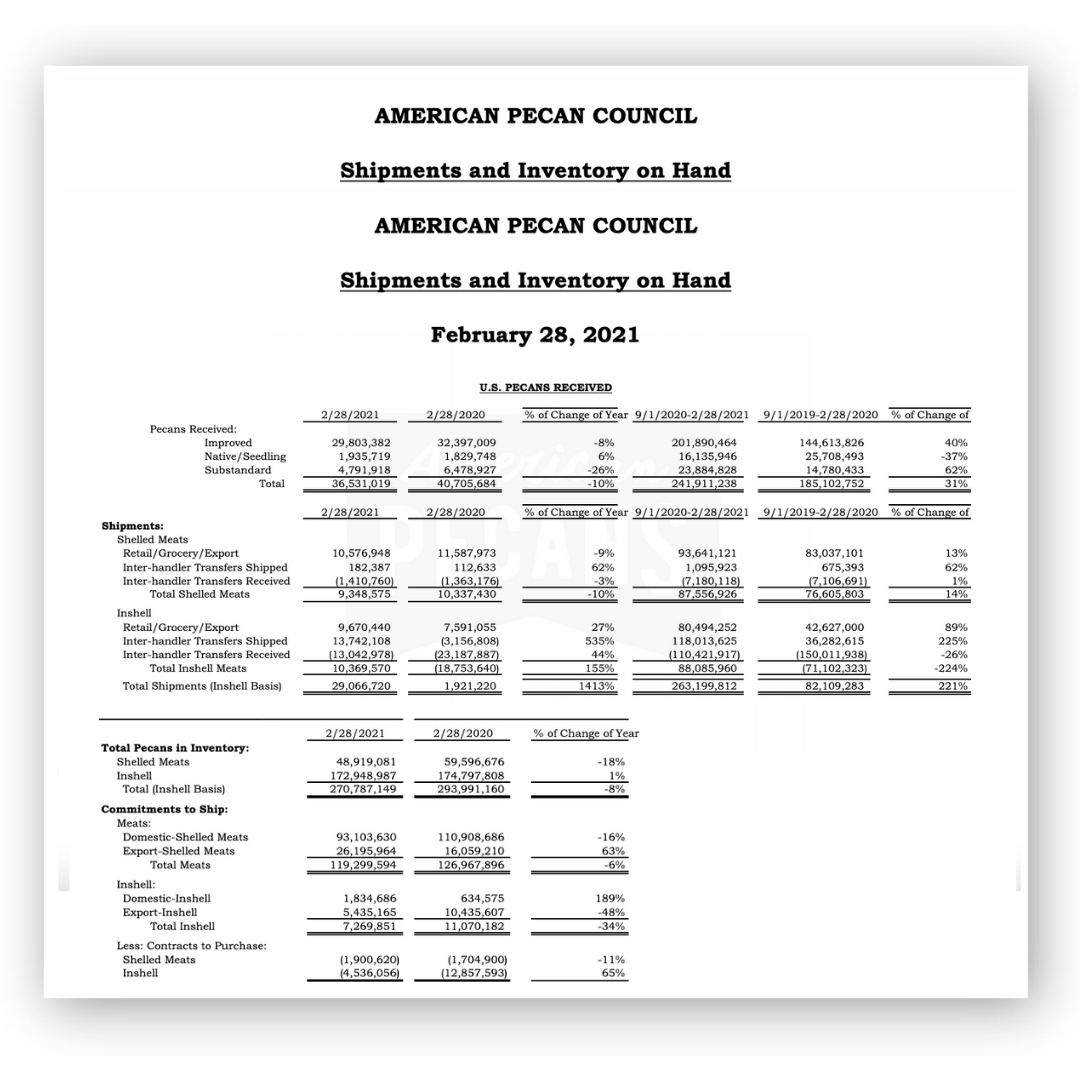 *Based on the latest shipment data release as of February 2021. Data is changed at will and without notice by the APC. All efforts are made to utilize the latest available data.