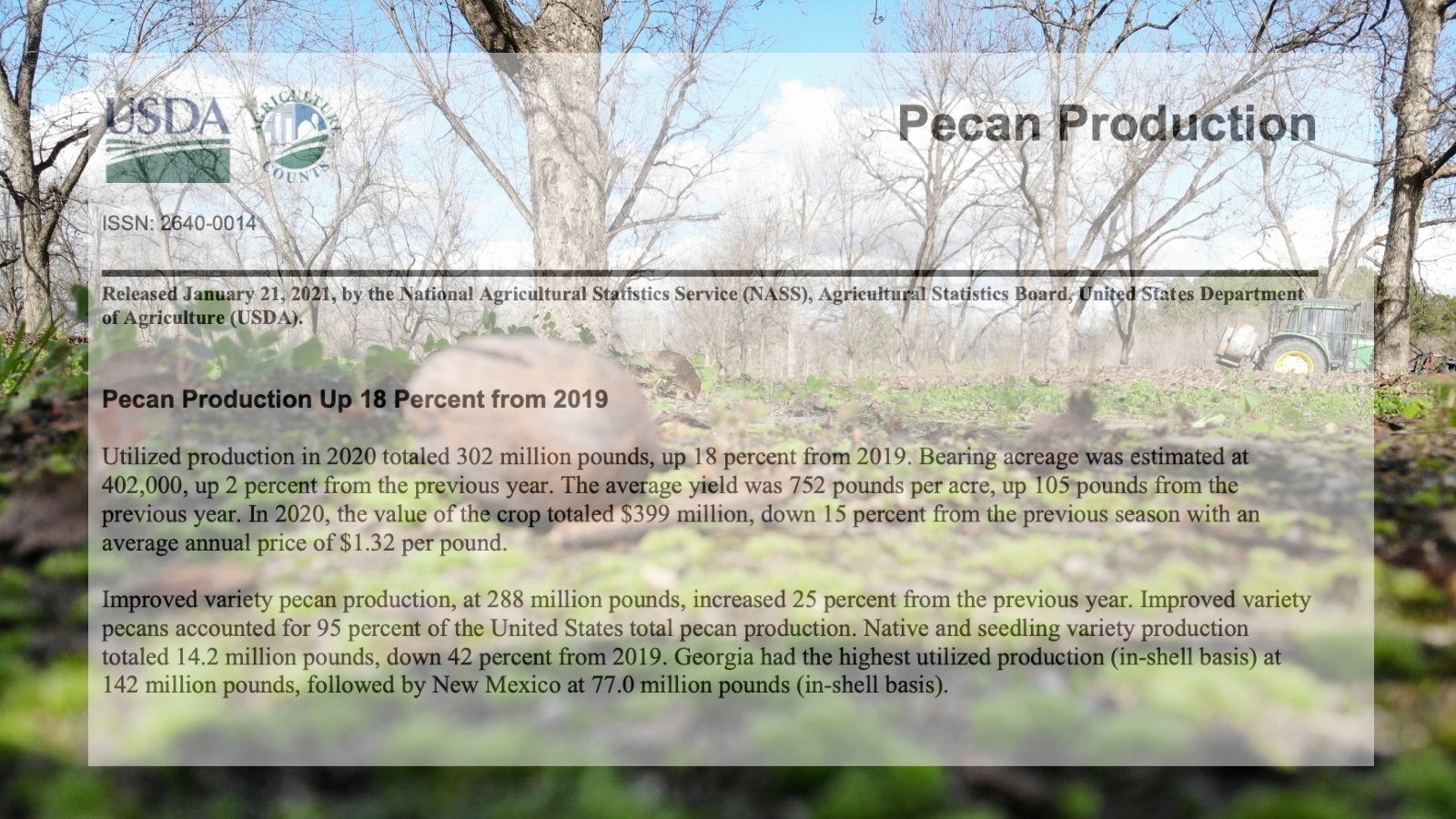 The USDA released the yearly Pecan Production Report covering the US pecan production, value and acreage of pecans produced in the US. The report shows pecan production increasing over last year which does not come as a surprise.

Georgia pecan growers saw a large increase in yields coming off the worst couple of years in history due to massive damage from wind and storm damage. This year production came back with a bang with most growers reporting great yields and excellent quality. Overall Georgia is reported back to the number one spot with 142 million pounds of in-shell pecan production. 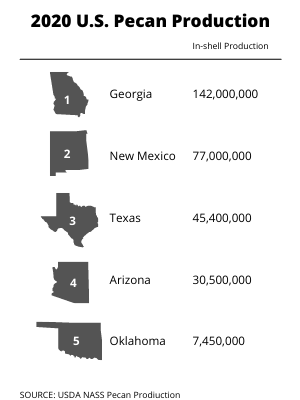 New Mexico followed with 77 million pounds of in-shell pecan production. The western states have been increasing plantings over the past years as pecan prices have been higher allowing for more investment into new orchards.

Pecan prices on the farm have fallen in the last couple of years with China largely sitting on the sidelines due to increased tariffs on tree nuts such as pecans. Domestic consumption has been the demand driver since the onset of the trade dispute.

Even though pecan production has risen by volume, the value of the crop dropped in 2020 showing the lowers value crop in nearly a decade according to the report. 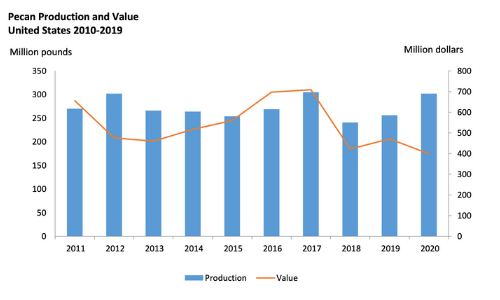 The southeast is beginning to implement better hedging practices and have seen increases in yields as well as less damage from high winds and rain from hurricanes coming from the gulf of Mexico.

Overall pecan production is reported at 302 million pounds up 18% from 2019. The full report can be found at the link below. 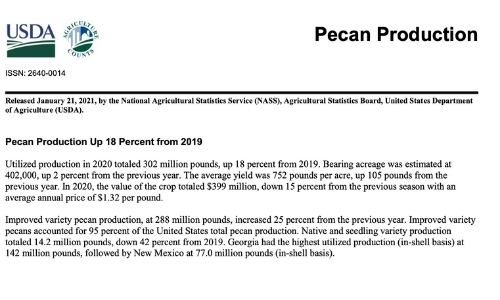