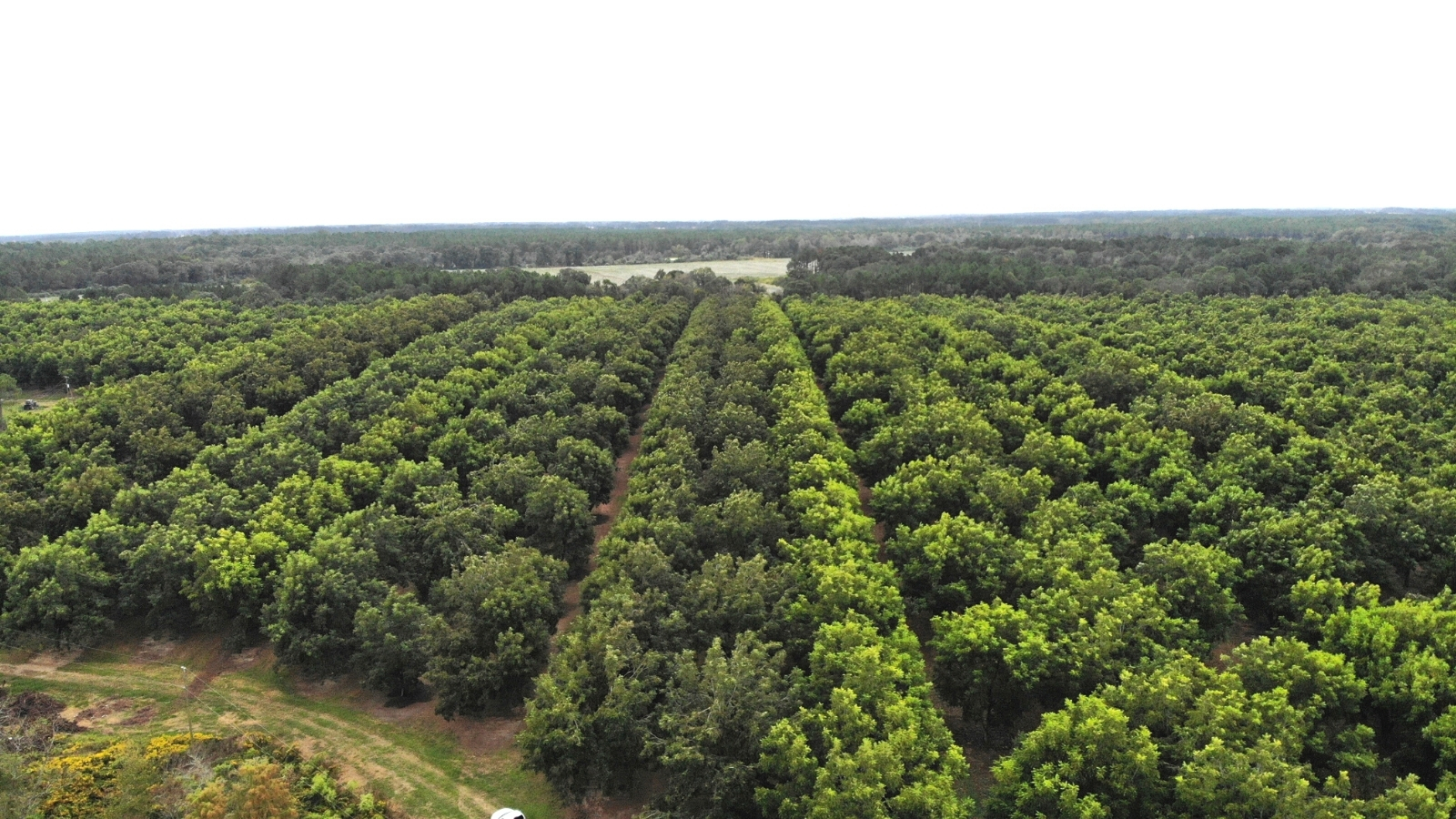 Hedging fruit and nut trees is nothing new, however in parts of the pecan industry hedging it’s not as common as in other tree crops.

Western pecan growers have been hedging for many years, and hedging is a very common practice amongst the growers in West Texas, Arizona and New Mexico. However when you start moving east across the southern pecan belt hedging is not nearly as common and is not practiced by many growers.

Hedging trees of any kind is usually done with a large machine with a large circular saw blade that reach high enough to cut the tops of the trees as well as the sides.

Pecan trees have shown to respond well to hedging and orchards that maintain a regular hedging program are less susceptible to wind damage. When hurricane Michael came through Georgia growers with hedged orchards sustained far less damage from the High winds than growers with non-hedged orchards. Trees are kept smaller and tighter And catch less wind when compared to large trees that have not been hedged.

Growers using a hedging program also tend to yield more pecans per acre. Orchards that have not been hedged have a tendency to grow very large trees with lots of pecan wood and less pecans.