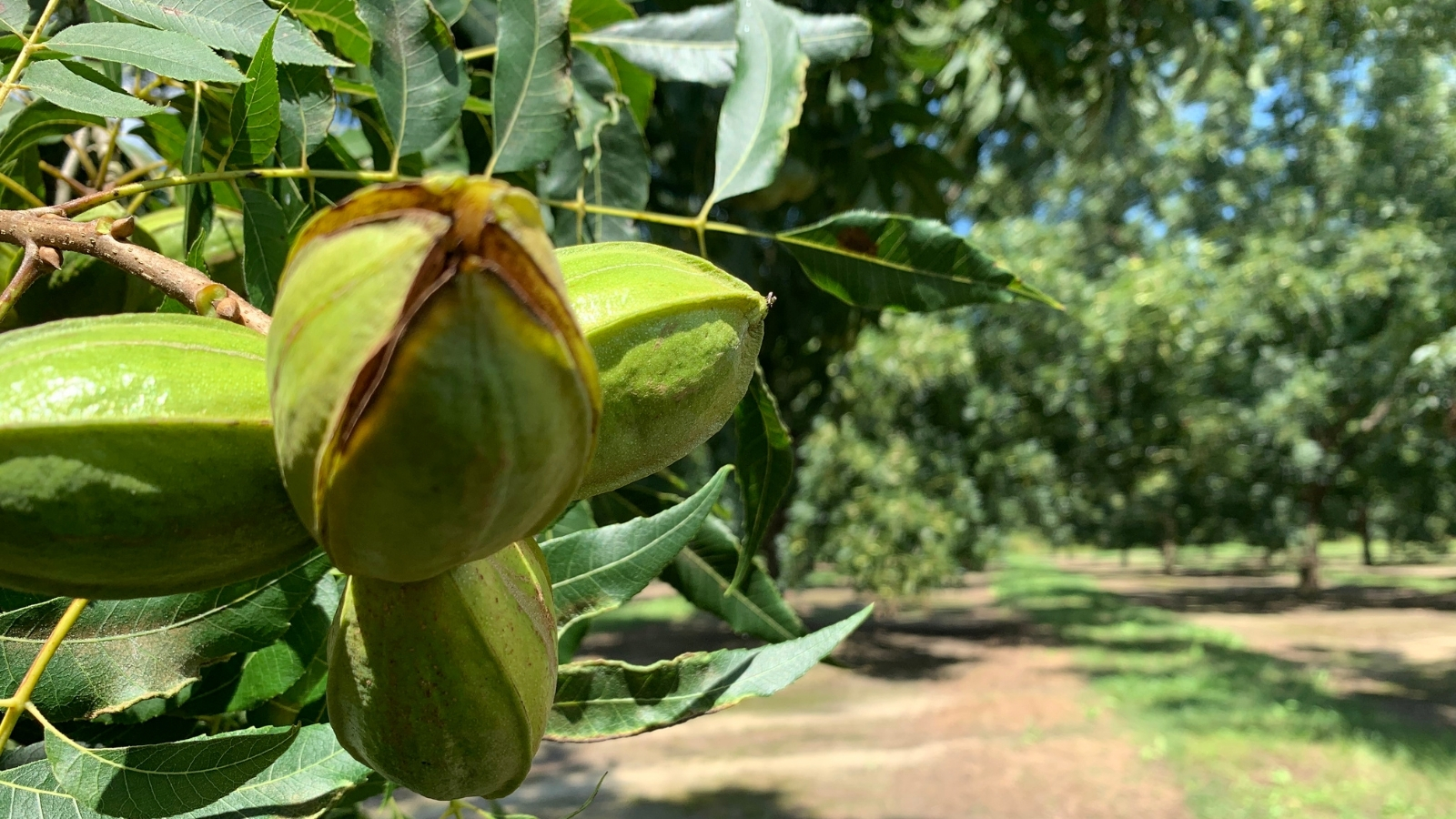 Early pecan varieties such as Pawnee will begin harvest this week and next in North America as growers monitor all varieties that will soon follow the earlier variety harvest.

The early market looks much stronger than last year as buyers are already making soft offers and putting out feelers to determine early pricing. Last season growers had trouble getting offers on early season varieties as well as later season varieties, as buyers place downward pressure on the market.

This year buyers may not have that option as demand has soared and growers have been slower to accept offers that don’t match the market’s higher demand price points. Growers have seen farmgate prices for in-shell climb back above $2.00 and many say they aren’t budging yet. “I think we’ll see two and a quarter or higher this year” says one grower in west Texas.

Farmgate pecan prices have been slower to recover without Chinese buyers in the market, but that is changing and fast. Chinese buyers have been making the rounds this year as harvest gets closer. China has been one of the largest buyers in the market for several years, however, once the trade war began between the US and China, tariffs on US pecans became unaffordably high, causing sales to all but halt. Now with the available tariff reduction, US pecans sales to China have been on the rebound.

Harvest in the eastern US is only a few days behind northern Mexico, with a much larger quantity of early varieties such as the Pawnee, much more volume will be coming in from the eastern US very soon.

With cold storage supplies dwindling and demand for pecans soaring to new heights buyers are quite eager to get their hands on fresh in-shell supplies. While the spot market continues to inch higher, buyers may have more competition this year at the farmgate level.