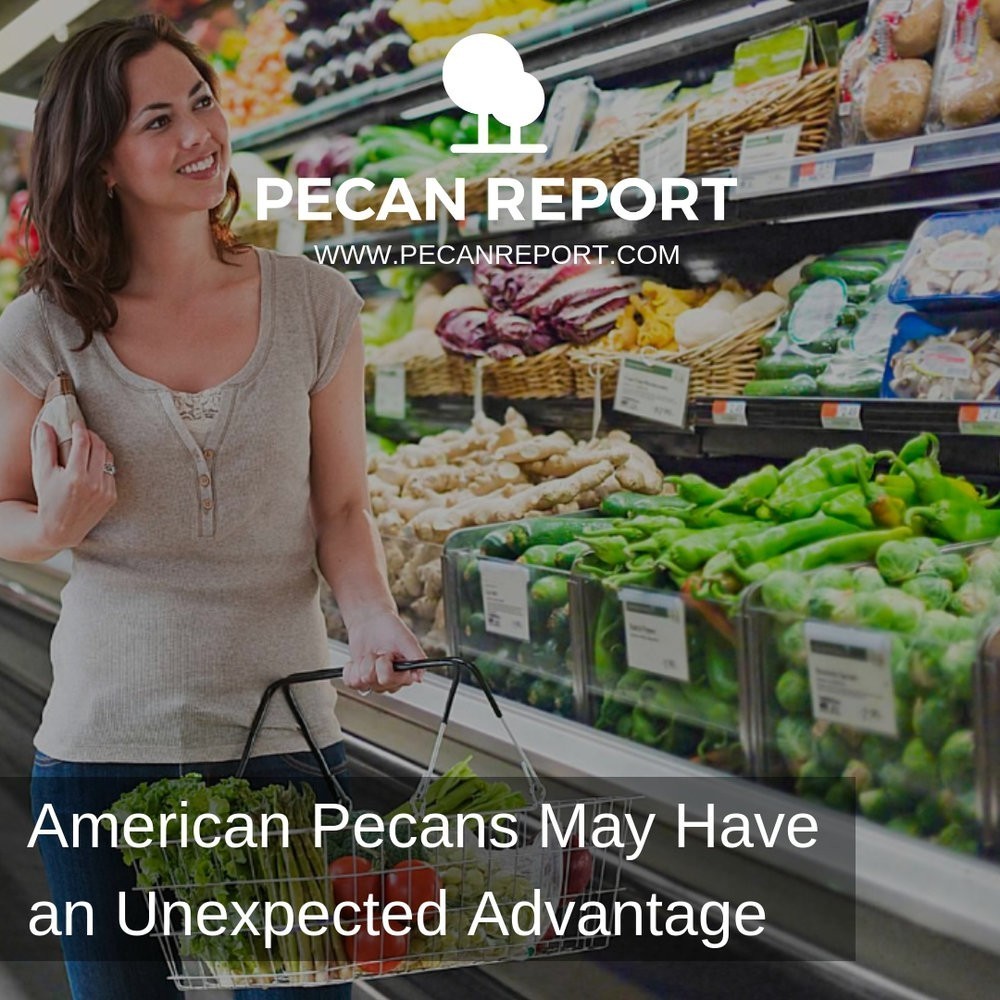 AMERICAN PECANS MAY HAVE AN UNEXPECTED ADVANTAGE

A new consumer study shows that American Pecans may have a leg up over pecans grown in foreign countries.

Pecans are grown in various different countries around the world. The US, Mexico and South Africa are the largest producers, however Australia, India, China, Zimbabwe, Argentina, and several other nearby countries grow small amounts of pecans. With the pecan being the only native tree nut to the US, Americans have experienced a long history of growing and cultivating pecans for the worlds consumption.  The US Pecan growers have been marketing pecans around the world for several years now and have increased demand for pecans around the globe. Pecan growers in other countries have also benefitted from the work done by the US Pecan growers; due to the limited supply of pecans available other countries have benefitted from the work of the US Pecan growers, just as they have. One concern on the American pecan growers’ minds is the cost of production being significantly lower in other counties due to lower labor cost and fewer regulations to contend with.  Many American Pecan growers see this as a possible long-term disadvantage. However, that may not be the case according to a recent study.

Recently a study conducted by the University of Illinois and University of Nebraska looked at consumers and how they view labels in the grocery store. They then ranked the importance of the labels to the consumer in order to determine what is most important to the consumer when purchasing food items for themselves and their families, the results were surprising. The study looked at labels of beef, chicken, milk, and eggs. The top three attributes that consumers looked for when shopping for these items were “no growth hormones,” “non-GMO,” and “humanely raised.” The study of course does not apply directly to pecans; however, it does look directly at consumer purchasing habits. The importance for the American Pecan is the “no growth hormones.” Growth hormones are common place in growing pecans outside of the United States, however, that is not the case for growing American Pecans, as American Pecan growers do not use growth hormones in the production of American Pecans. The study shows the shift in consumer shopping behaviors and the willingness of the consumer to pay more for foods they view as safe. This trend in consumer behavior may likely give American Pecans an advantage over pecans grown in other countries.