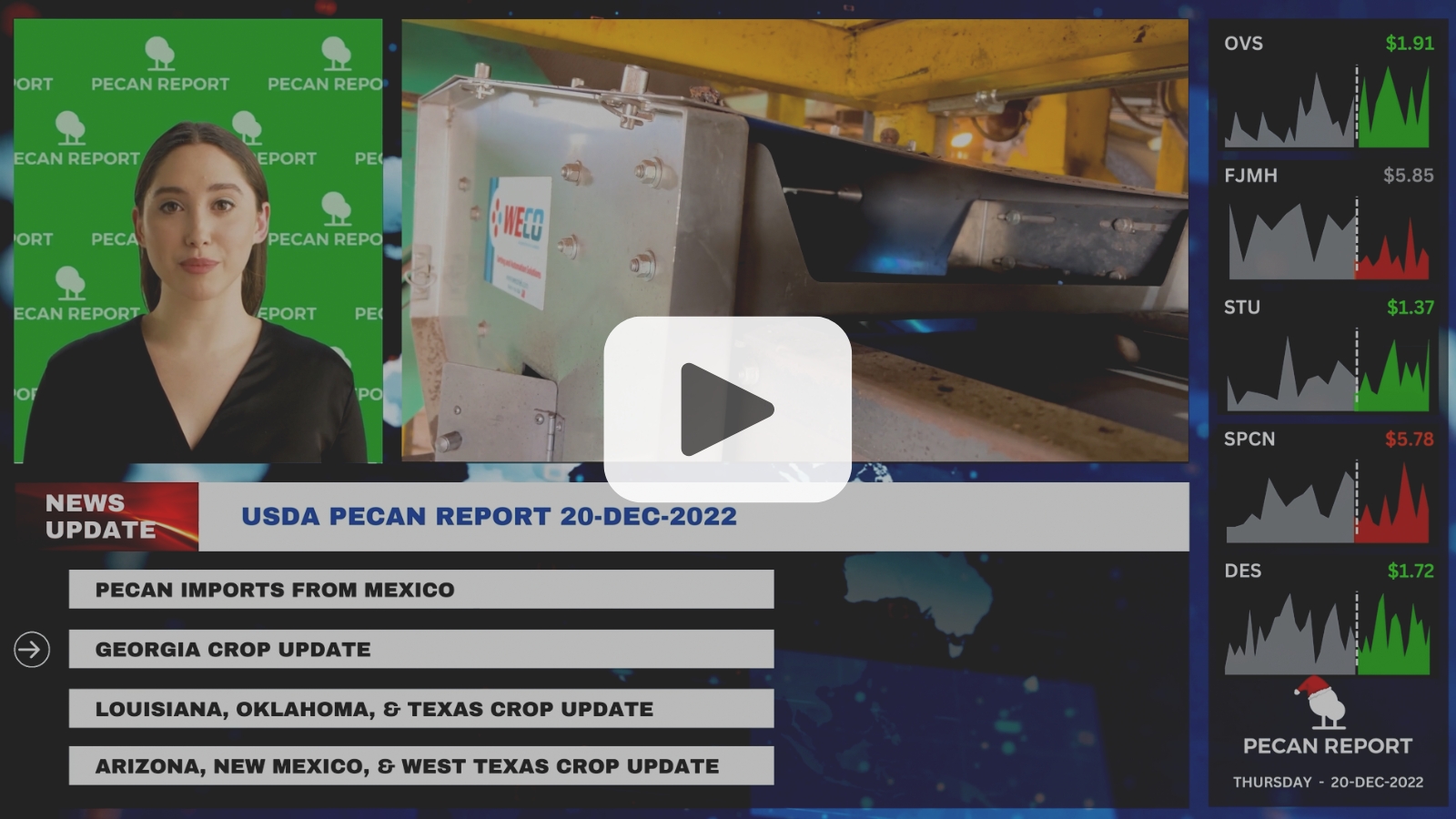 The latest pecan update has been released by the USDA’s AMS showing weather updates across the growing regions, pecan imports from Mexico by volume by day, and pecan prices paid to growers across the region.

The latest update shows pecan imports trailing behind last season by about 26% as of December 19th, 2022. Last season imports totaled around 107 million pounds while this season so far imports are totaling just under 80 million pounds.

Over the last week an average of 1.1 million pounds of pecans per day came across the southern border from Mexico as reported by the AMS via the US Customs and Border Protection Agency.

The total crop is expected to be off this year with the western region reporting a much shorter crop than originally anticipated even for an “off year”. Mexico is also reporting a smaller crop and sections of Texas will not be harvesting pecans at all this year.

Prices are still less than favorable to growers but deals can be had on the buying side if you can find anything for sale at the current market prices. Most growers are holding pecans waiting for the prices to recover.

Inventories are shrinking according to handler reports and prices have slowly inched upward as more growers refuse to sell at current prices.

You can read the full report at the link below. 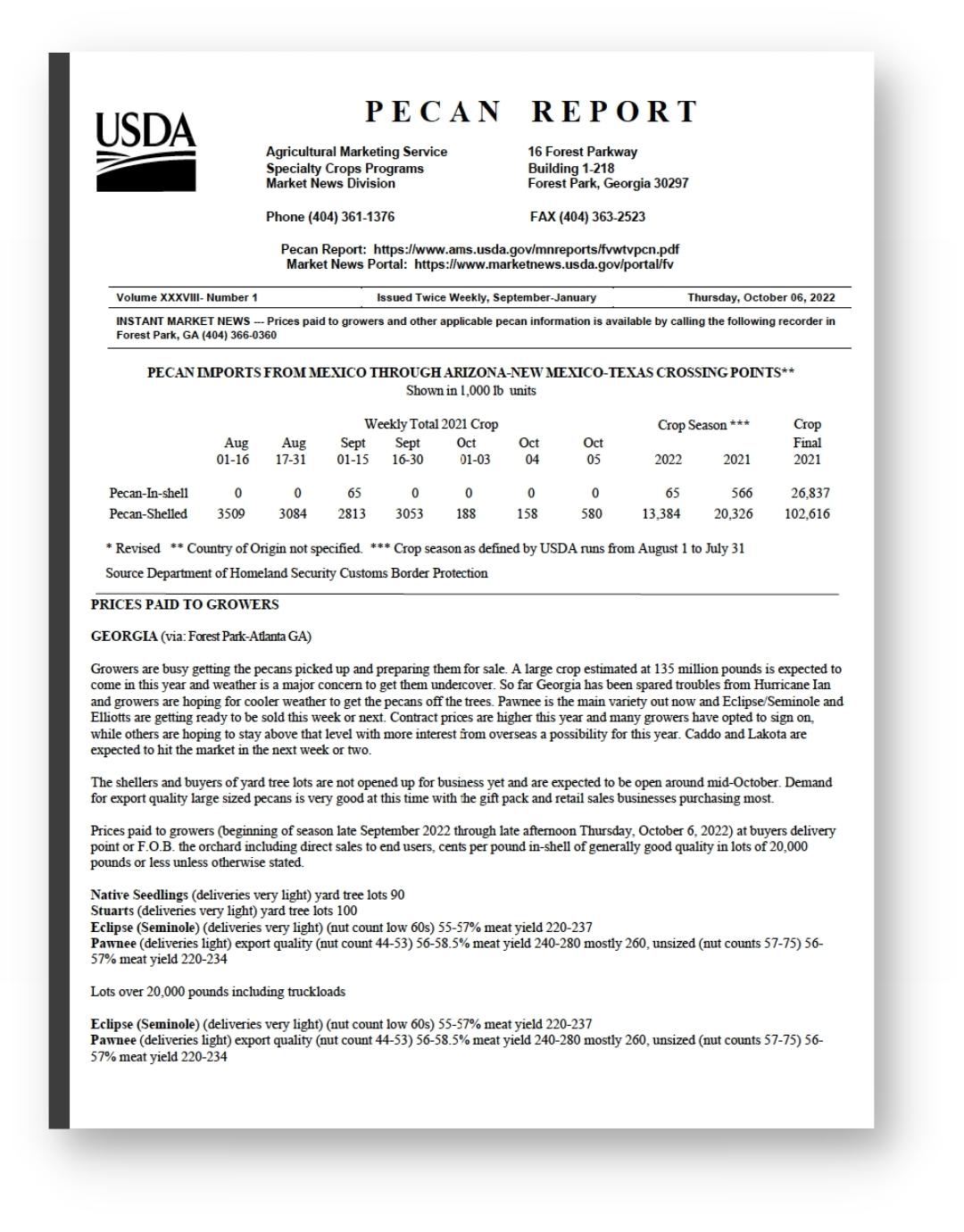