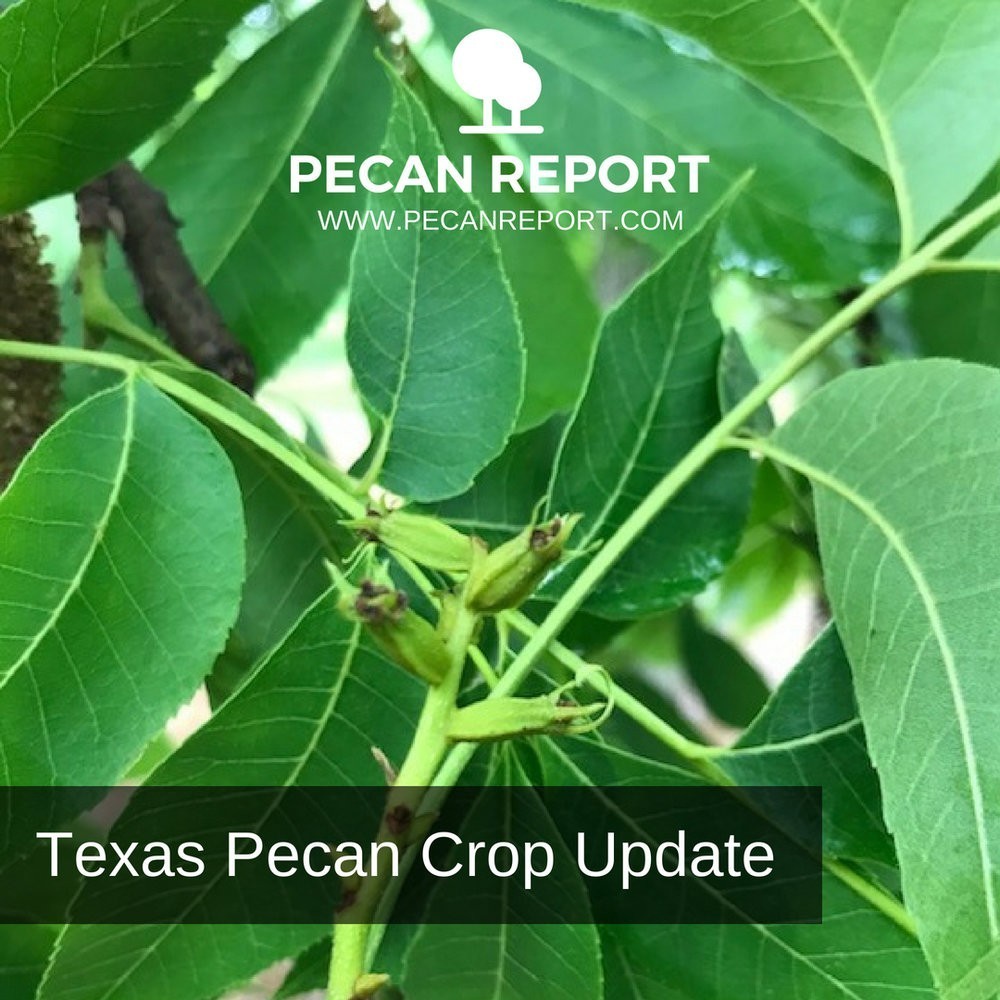 Across the southern United States of America pecan growers are watching their pecan crop and most growers from middle Texas east to the Georgia coast are working to combat scab pressure. The current pecan crop set looks good throughout most of Texas, but growers have reported a lower than average Wichita crop. Several growers reported the Wichita crop to be anywhere from 20% to 30% off this year. The native crop in Texas has mixed reviews. Several growers reported the native crop in their area to be significantly short, while others have reported an average native crop from what they have seen so far. On the bright side, several Texas pecan growers have reported a really good Pawnee pecan crop, and say they think it will make up for any shortages that could be realized with the natives and the Wichita pecan crop in their own orchards. The native crop as a whole seems to be slightly off and most growers are expecting a less than average crop for the natives. It is still very early in the year and we will continue to monitor the US pecan crop as the season progresses. In west Texas growers report a good crop set with the Western Schley pecan variety and say that so far, the crop looks good.