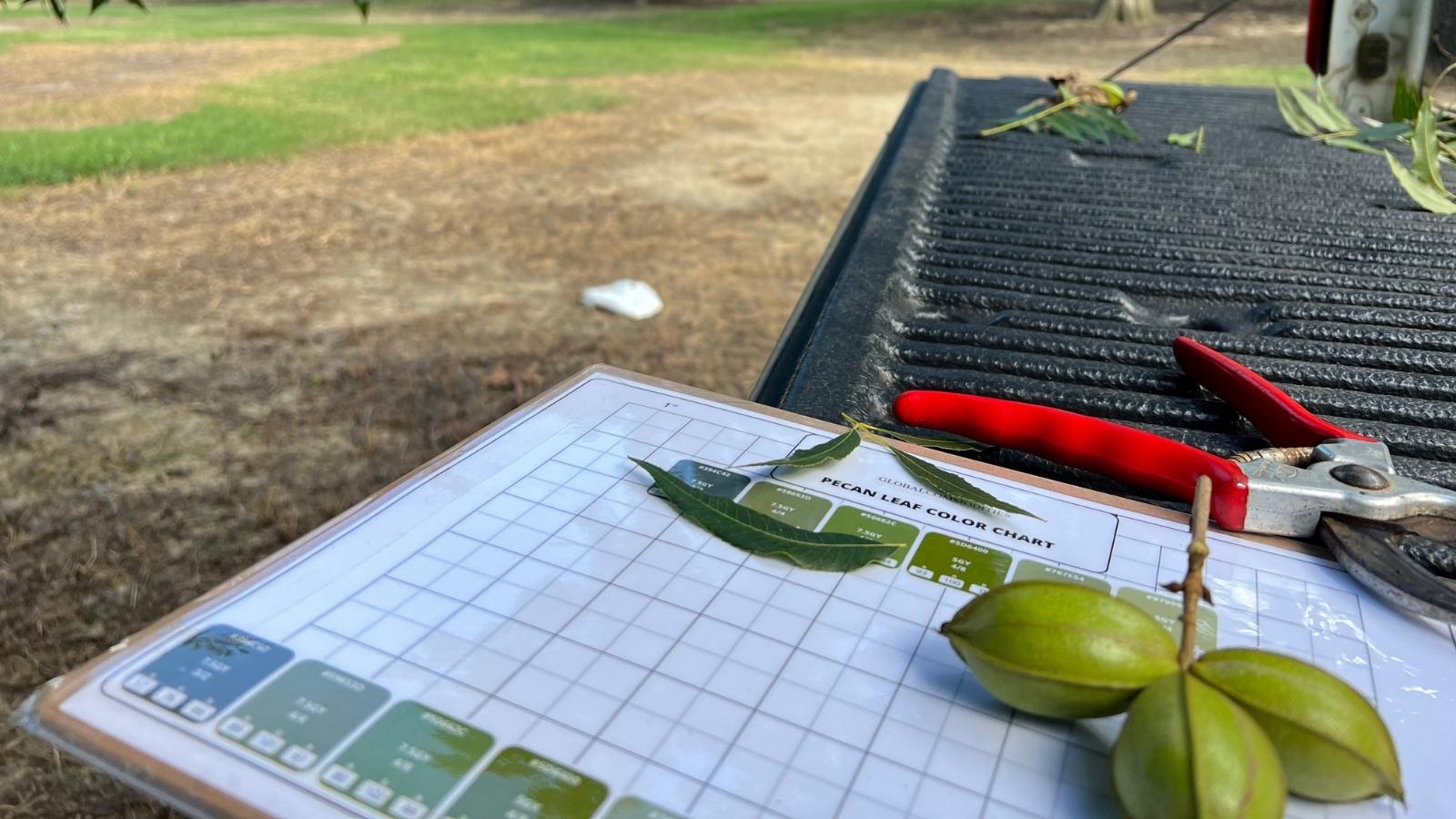 The U.S. Pecan industry is planning to update the “Standards for Grades of Pecans in the Shell ” with several changes to how pecans are sized and graded. The proposed changes were submitted by pecan shellers to add more grading classifications and more up to date definitions of tolerances for pecans, both in the shell and shelled.

The changes are currently proposed and available for commenting by industry on the USDA’s website at the link below. The proposed changes will offer new sizing categories with changes to existing ones, as well as offering four new grades of in-shell pecans as opposed to the current two grading classifications.

Size changes will eliminate the word Oversize ,referring to in-shell pecans that use 55 or less nuts to make one pound of in-shell, to Jumbo, and also changing the requirements of Medium and Small pecans to encompass more pecans. You can see the proposed changes in the image below.

The grading of in-shell pecans into different categories is more significant and has changed completely. Where there are currently two categories for grades of in-shell pecans there is a proposed four categories. In-shell pecans currently fall into a “ US No. 1 “ or a ” US No 2 “, however under the proposed changes there will be a US Extra Fancy, Fancy, Choice, and Standard relating more accurately to the current shelled pecan grades. 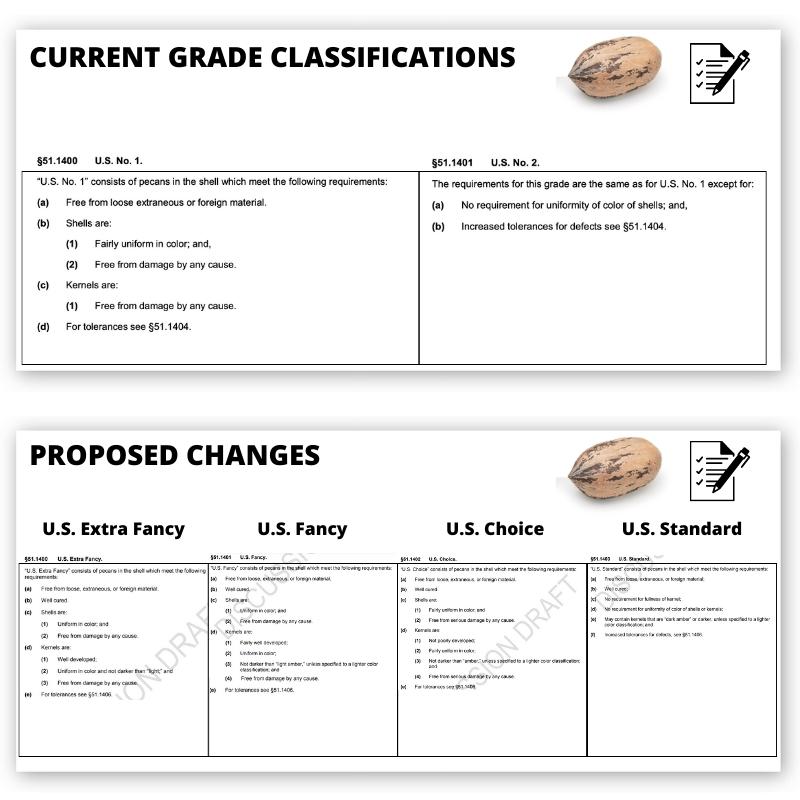