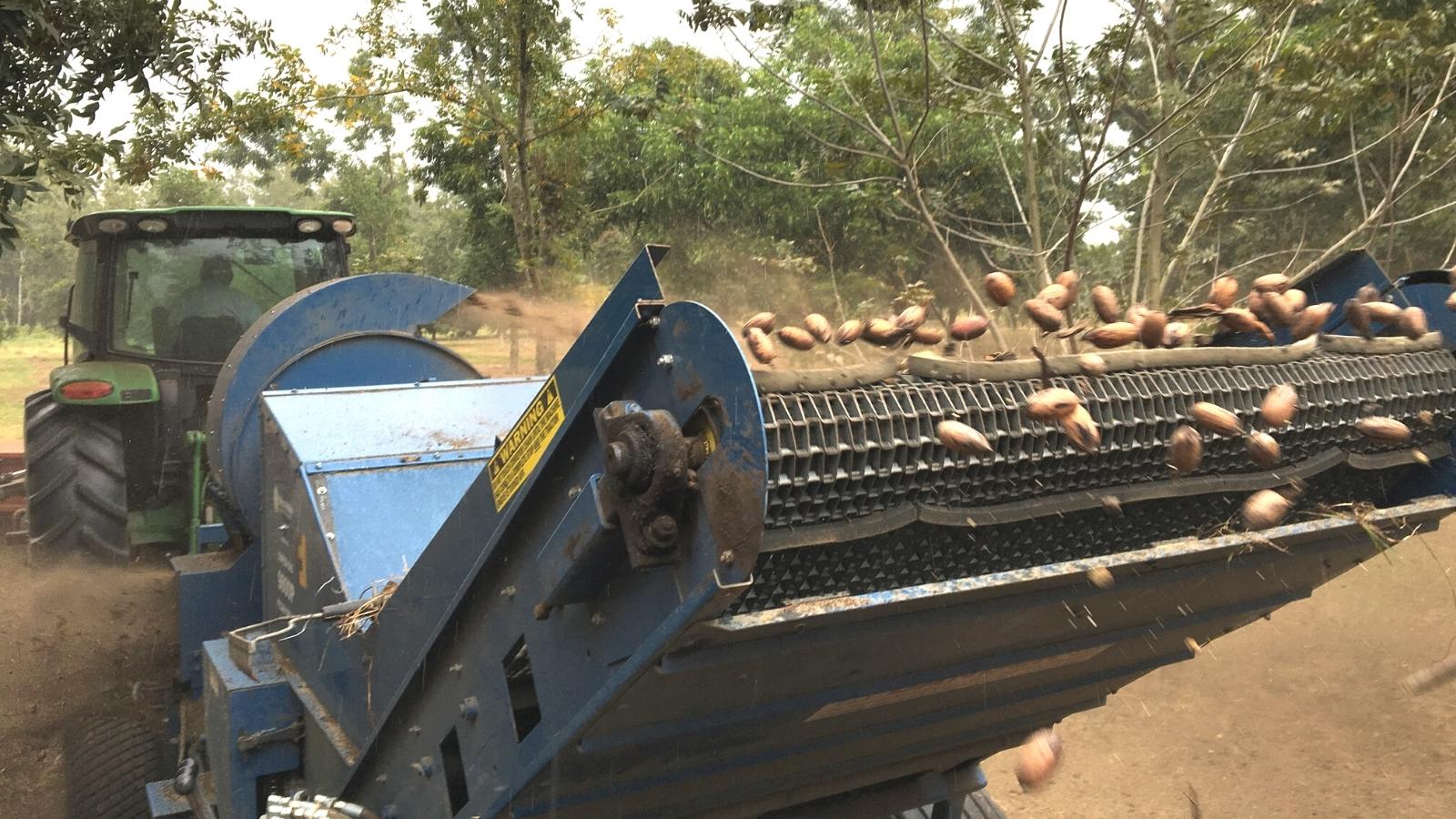 September of 2020 saw pecan shipments climb to around 51 million pounds where as this September reported shipping around 32 million pounds. The numbers are not all bad, the shipments are still higher than previous years, just not as high as last September.

Last season finished with pecan shipments outpacing the previous season by a whopping 90 million pounds according to the latest data set, this data is however subject to change without notice. Much of that increase was realized in September pecan shipments as you can see by the chart below. 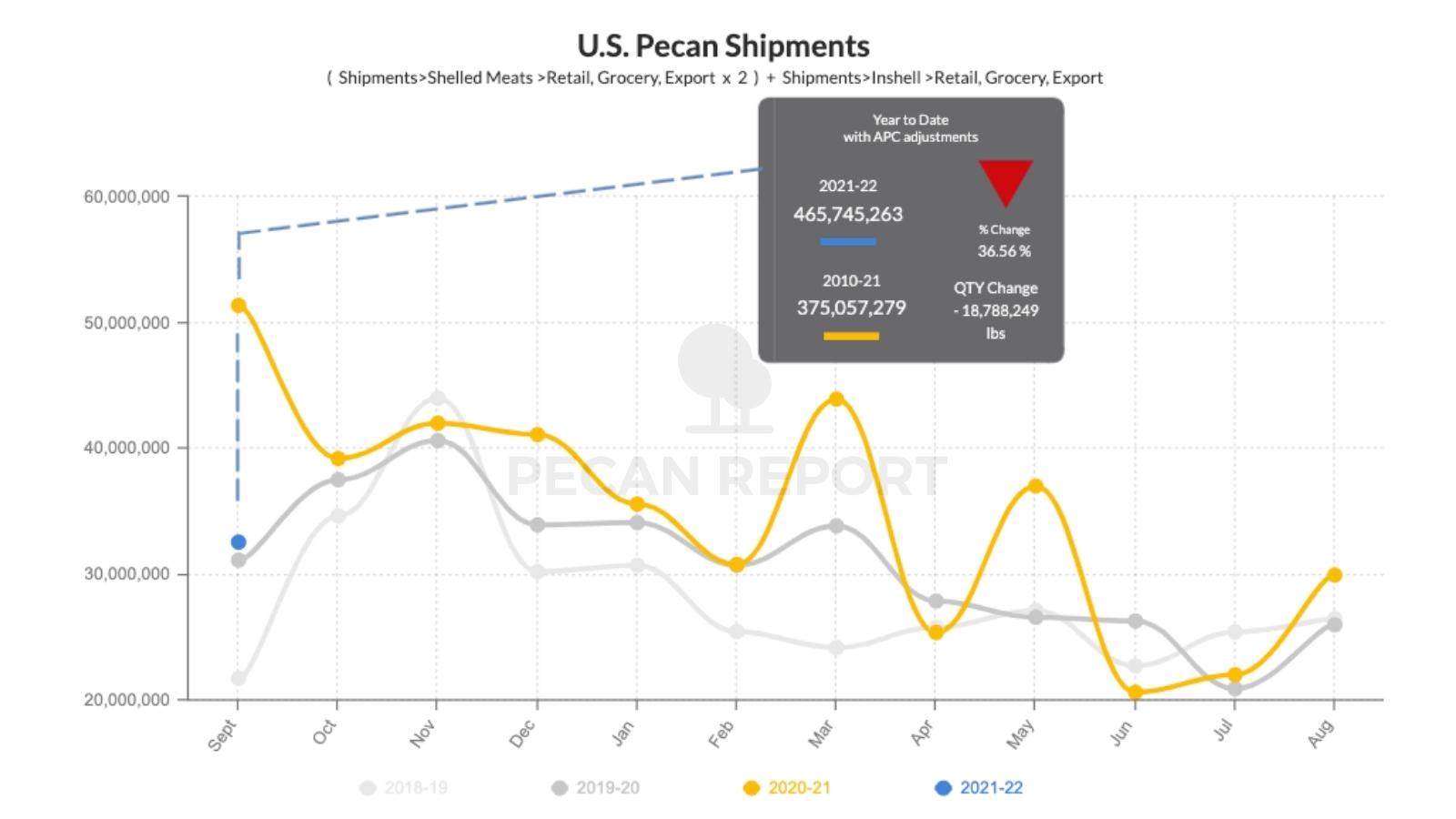 Handler inventory has started slightly higher than last September but August deliveries from growers were also much higher than last season. Shipments from Mexico are lower this September however last month concluded the season, which finished the year 26% higher or about 23 million pounds higher than the season prior.

For now demand continues to impress and we will wait to see how the 1st quarter shakes out to better understand this year is comparing to last year. Pecan prices on the shelf are stable and on the farm prices are increasing over last year. This is good news for growers, as many growers across the US have plans for expansion as soon as harvest is complete this year.