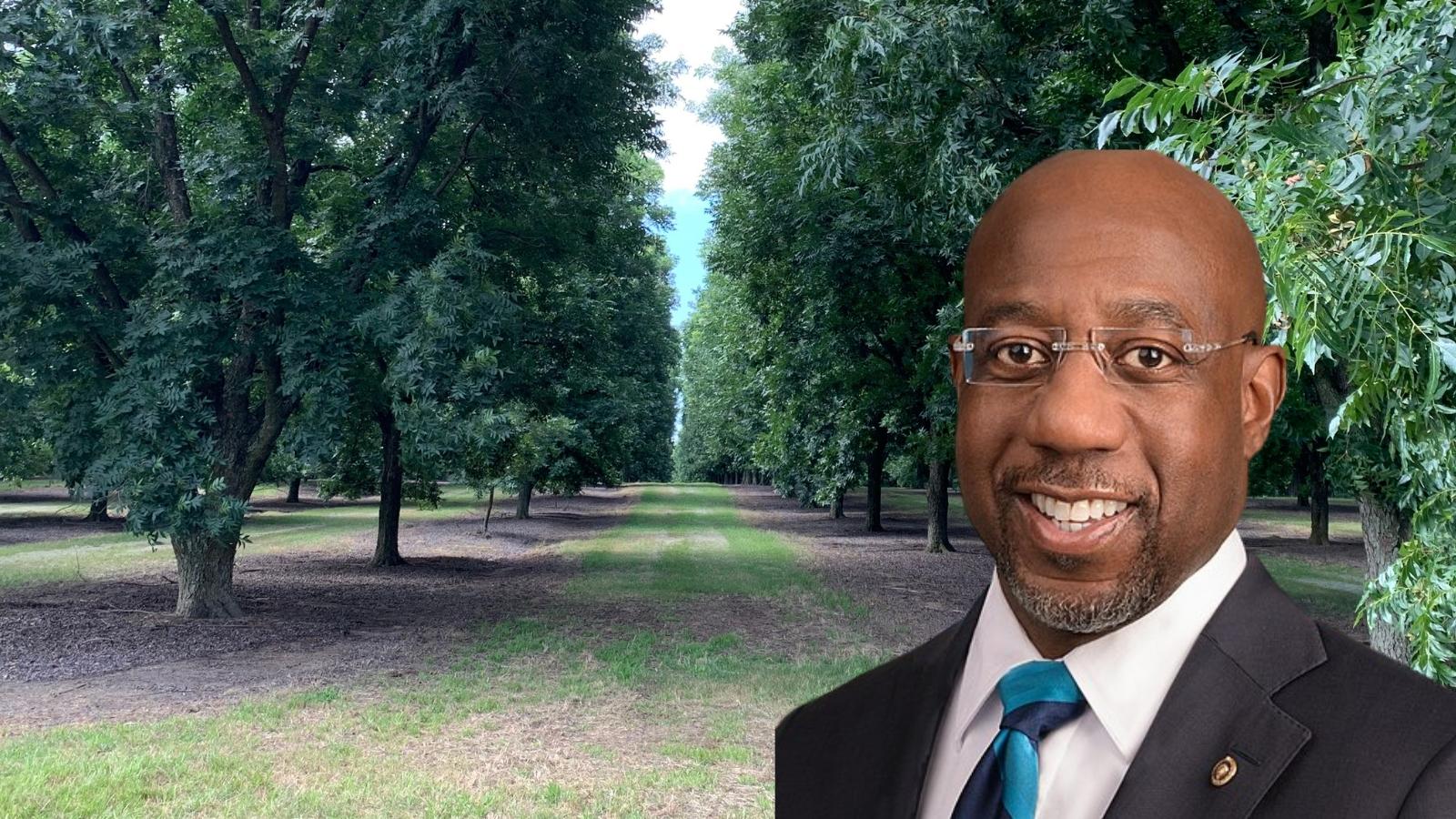 Senator Warnock from Georgia has been making the rounds with Georgia farmers and has taken their fight to the United State Trade Department asking that they address the unfair tariffs that harm the US pecan market, and ultimately US farmers, for pecans in India.

As the world’s leading exporter of pecans, the US pecan market is a vital one for farmers. Georgia being the largest pecan producing area on the planet, the market is vitally important to Georgia pecan growers. Senator Reverend Warnock has been leading the charge for Georgia growers, in an effort to open the India market for pecan trade.

Currently tariffs are around 100% for pecans entering India. The country of India does not grow its own pecans to supply demand, so there is no concern from local farmers in India. With an estimated population of 1.4 billion people, half of which are considered to be in the middle class economy, and a limit on meat consumption for the majority of India’s population, the market could be a huge export market for pecans.

One in four in the Indian population claim a vegetarian lifestyle. With a population of 1.4 billion, half of which is considered middle class, roughly 700 million, and a quarter of those people (175 million) eat no meat, that is a considerable amount of people who are required to get their protein from mostly plant based foods. And of course they are not the only ones who eat nuts. The 700 million people who are now considered middle class is roughly double the entire population of the United States, where we currently sell most of the pecan supply. The potential to open the Indian market for American pecan growers is huge.

Senator Warnock has taken this issue to the trade office and has gotten some promising response from our trade representative to India. U.S. Trade Representative Katharine Tai has responded to Senator Warnock and has committed to working towards a “positive outcome” to Increase International Market Access for Georgia’s Pecan Growers. 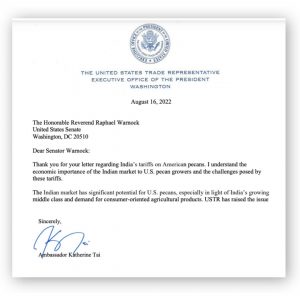 The entire pecan market will benefit from these efforts. Georgia has been the leader in the market for years and with Georgia senators taking up the fight it could only be a matter of time before the India market will be open for fair trade to pecan growers.