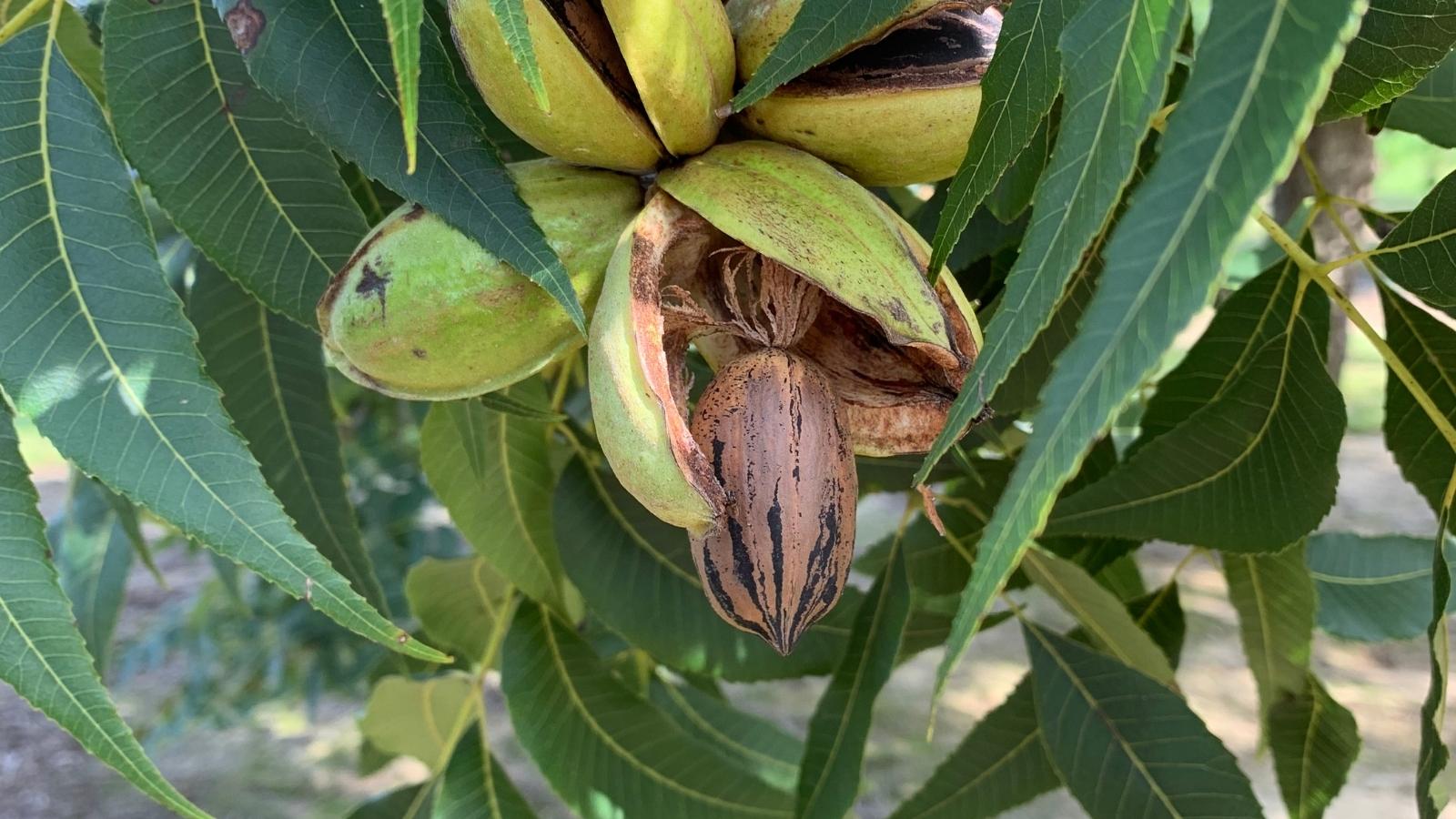 Pecan growers across the southeast US will soon begin to shake early variety pecan trees for the beginning of the 2022 harvest.

Growers in the southeast are greasing shakers, and getting sweepers hooked up to tractors in an effort to get ready for the early pecan varieties which are nearly ready for harvest. Early season pecan varieties, when grown to quality standards, tend to bring higher prices on the farm as retail outlets across the US await the new crop pecans to stock in stores.

Groceries, farm stands, markets and many other retailers who carry fresh produce and pecans typically anticipate this time of year, where they can put out the new crop and along with it, the new crop signs, letting customers know of the fresh harvest now in stock.

Having been traditionally consumed during the fall time of year, pecans are a highly anticipated commodity each year around this time, when customers in the US are familiar with consuming pecan pies and cracking pecans around the table, or fireplace at family gatherings.

That seasonal consumption idea, however, is slowly changing. Several years back, growers in the US began a strategic marketing campaign to display the versatility of pecans, and their health benefits, while showcasing the nut in new forms. While the pecan organization has had a rocky start, they are beginning to build some momentum.

Pecans are are now becoming more common place throughout the year and throughout the daily meals of consumers. From breakfast to breads, from salmon to foie gras, pecans have been making their way into the whole spectrum of dishes and diets.

But there is still the seasonal demand spike from the traditionalists, who like to purchase the big bag of in-shell pecans from the earliest harvest, to have around to crack open during family time and pass on that tradition with their loved one. These are usually the same folks that like to gift pecans to friends and family as well. Nevertheless, this group still makes up a sizable portion of the demand for pecans in the early months of harvest each year.

The wait won’t be much longer as southeastern growers are seeing early varieties open up. The “Pawnee” ( PAW ) variety is opening up and will soon be ready. In the image above you can see the outer husk releasing the pecans. This orchard is not quite ready to shake and harvest but, will be only a week or two before harvesting begins.

This years crop is highly anticipated by buyers across the supply chain as last years record high pecan shipments have left the industry with lower inventories. This years crop is expected to be a “good crop” in most areas, with the exception of some dry areas in Texas. The industry needs a big crop this year if we are to keep growing demand.