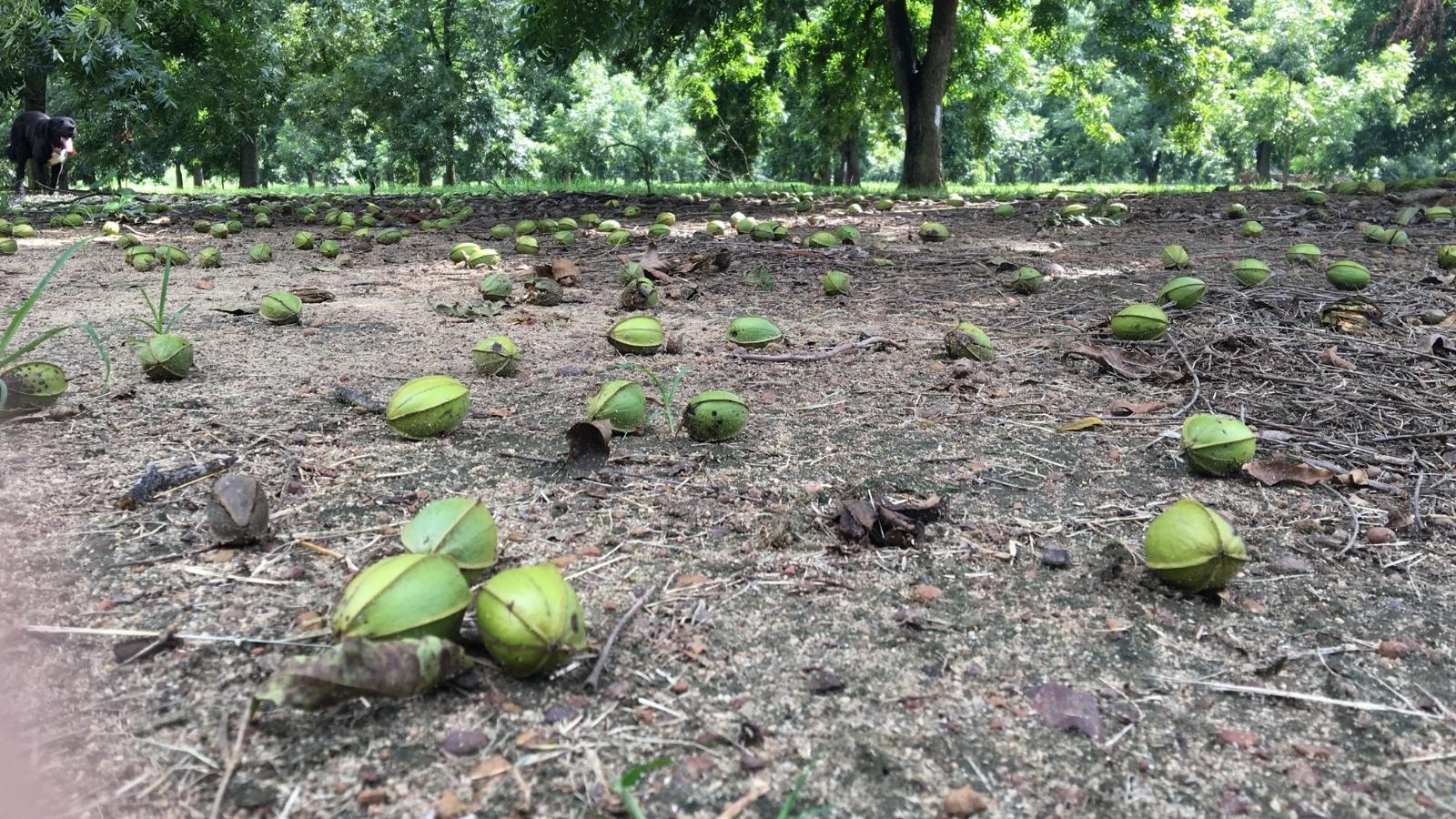 North American pecan growers have been in the orchards all year nurturing this years crop, and will soon begin harvesting early varieties in 45 days or less.

On our farm we will shake off a significant portion of the Shoshoni’s as these trees will overproduce and pecan quality will suffer greatly. This will also cause the tree to produce next to nothing on the “off” years if not managed. By fruit thinning these trees we are able to produce a much higher quality pecan while increasing the production during the “off” years which typically happens in predictable cycles each year.

Our Pawnee orchards have entered into shell hardening and soon will be ready for harvest. Our Pawnee are usually the earliest variety pecans to be ready for harvest, and this holds true for most of the southern US and northern Mexico’s pecan harvest. Some native varieties will come in early from Mexico but mostly Pawnee is the dominant early harvest pecan.

Buyers have been active in the market, but prices for new crop have yet to set. Pecan supplies are down significantly, however pecan shipments have also suffered. Shipments to most export destinations have suffered as well as domestic demand, however there has been a lapse in marketing by the American Pecan Council as roughly ⅔ ‘s of the budget has been cut and sent to the new American Pecan Promotion Board who is combining that money with pecan assessments on imports to ultimately increase the overall marketing budget.

While the organizations have worked well together to quickly get up and running there has nevertheless, been a lapse in marketing, and may have contributed to the decrease in pecan shipments over the first 9 months of the season. So far June is the only month that saw pecan shipments increase over the previous season, however it should be noted that the data reported by the APC changes without notice and on a very regular basis.

As pecan supplies are still at low levels, farm gate prices are likely to start off relatively strong, but as quality and quantity become more clear for this year’s pecan crop, prices may slip if shipments continue at a slow pace.