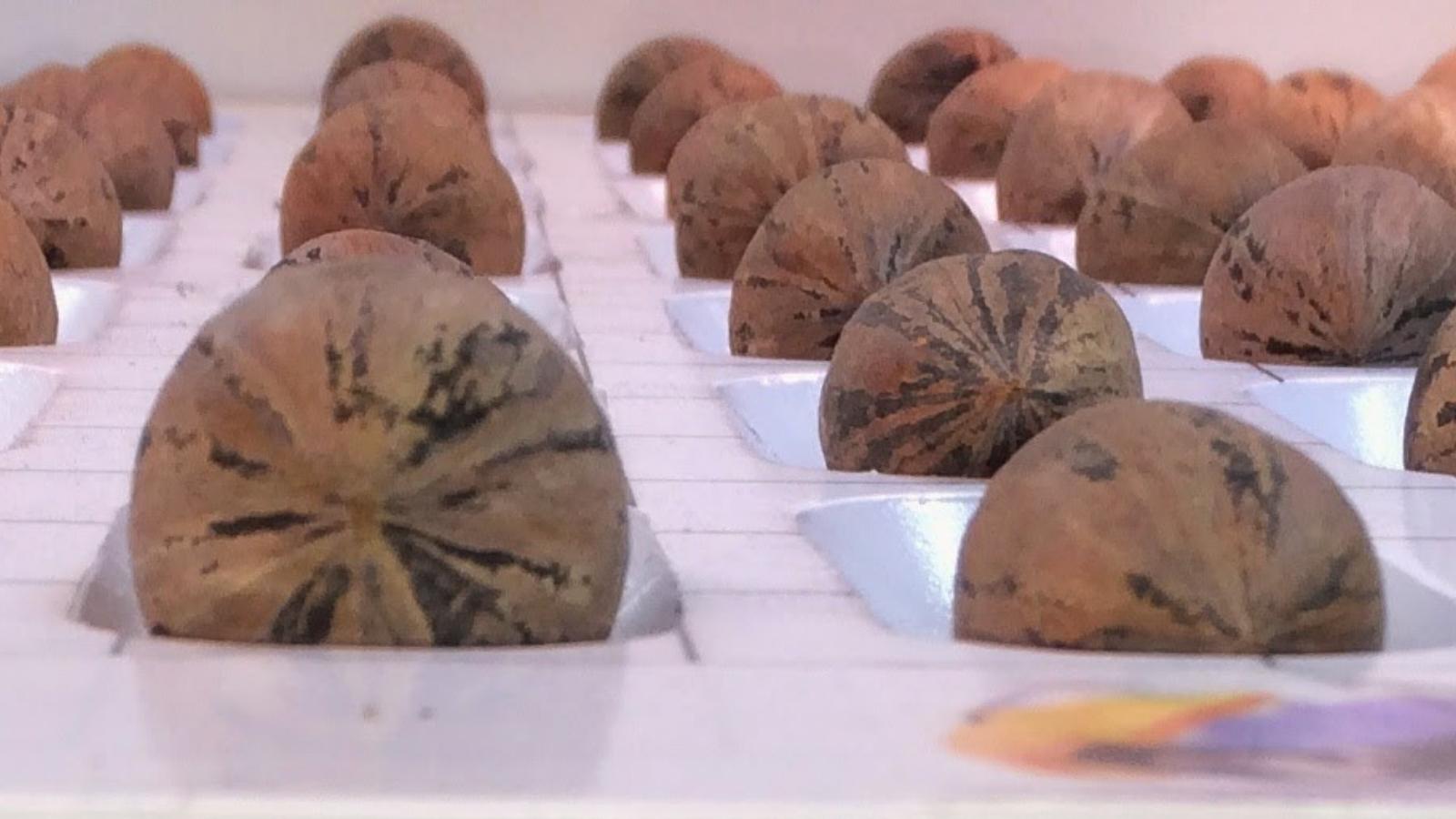 Pecan growers have been struggling to keep pace with growing demand for pecans, and the current season has seen inventories drop to their lowest levels in years.

Usually carrying an inventory that can sufficiently supply global demand until next season’s harvest, the pecan industry has seen the inventory levels drop significantly over the past 7 months as last season’s harvest was slightly smaller than expected.

The real trouble was introduced when Hurricane Micheal wiped out the large majority of Georgia’s pecan crop just before harvest in early October of 2018. With Georgia being the largest producer of pecans in the US, the effects have been felt globally.

The American Pecan Council has been working diligently to grow demand for pecans domestically and globally, and has been having success. Even with a trade war to contend with, the APC has been able to grow demand through efforts right here at home. The domestic market has been the driver behind increased demand.

Supply capacity is up to the growers. While growers have been feverishly planting new orchards, the average 8-10 year wait to reach commercial production levels makes bringing new orchards into production a long term investment.

The 2018-19 crop was an “on” year but with over 50 million pounds lost to the Hurricane and the ensuing damage sustained by the trees for the following year’s crop, the alternate bearing cycle has been thrown into a slightly more unpredictable pattern. 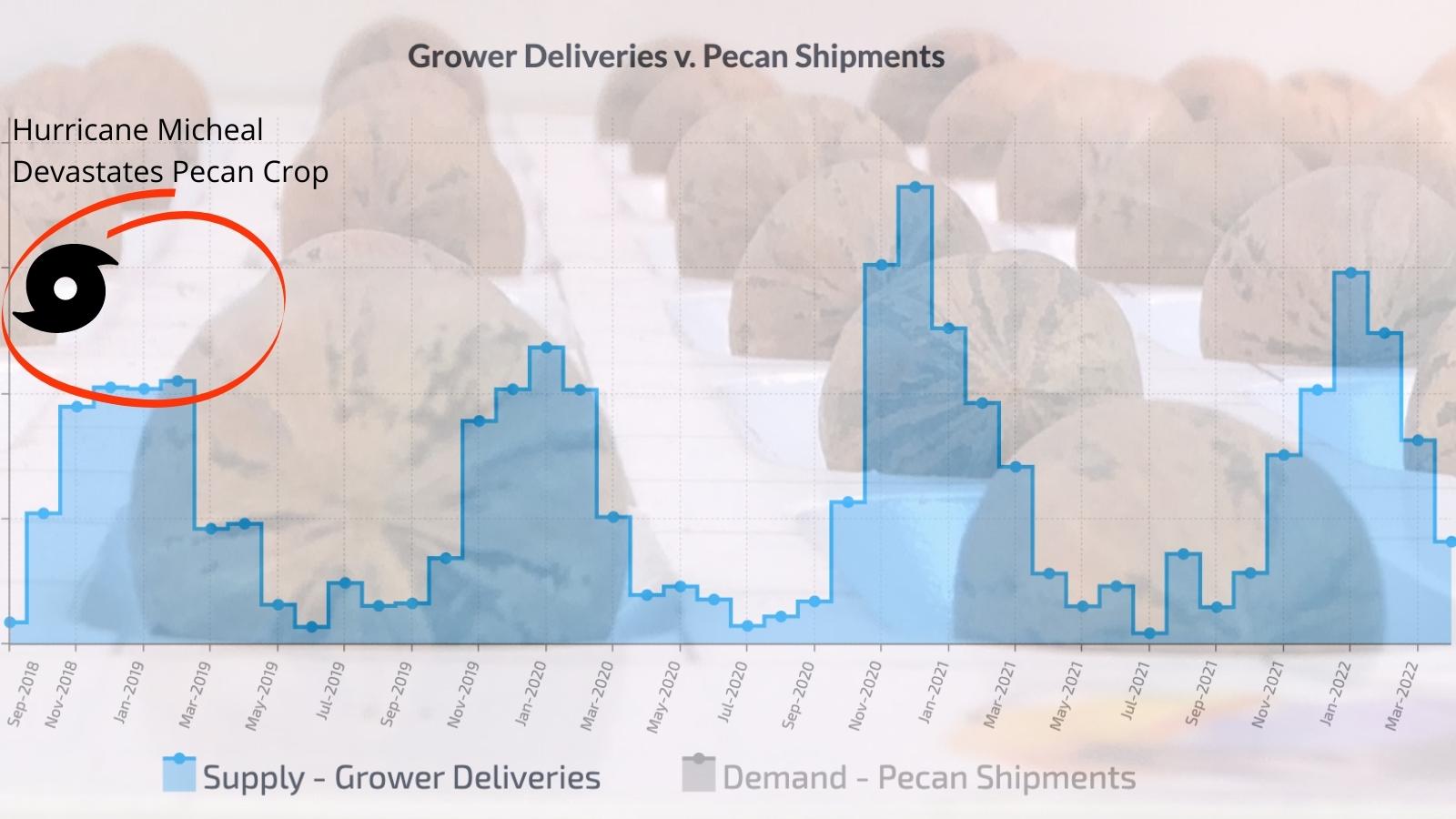 The APC now reports data on a monthly basis allowing us to better see how and when the crop comes in from the orchards. Looking at the data we can see the over 50 million pounds wiped off the chart for the 2018-19 harvest season.

Pecan growers have released their predictions for the upcoming crop placing it at just over 300 million pounds. This past season’s crop has yet to be determined as there is still one quarter’s worth of data left to report in the season. As of May we are still trending significantly behind the prior season with supply from US pecan growers.

As more data comes out we will better understand the industry position, but as for current conditions, supplies are lower than in recent history while our marketing budget has just increased to all time highs. If marketing efforts continue to increase, growers will have to find ways to bring orchard’s into production faster, or find ways to get more production out of current trees.