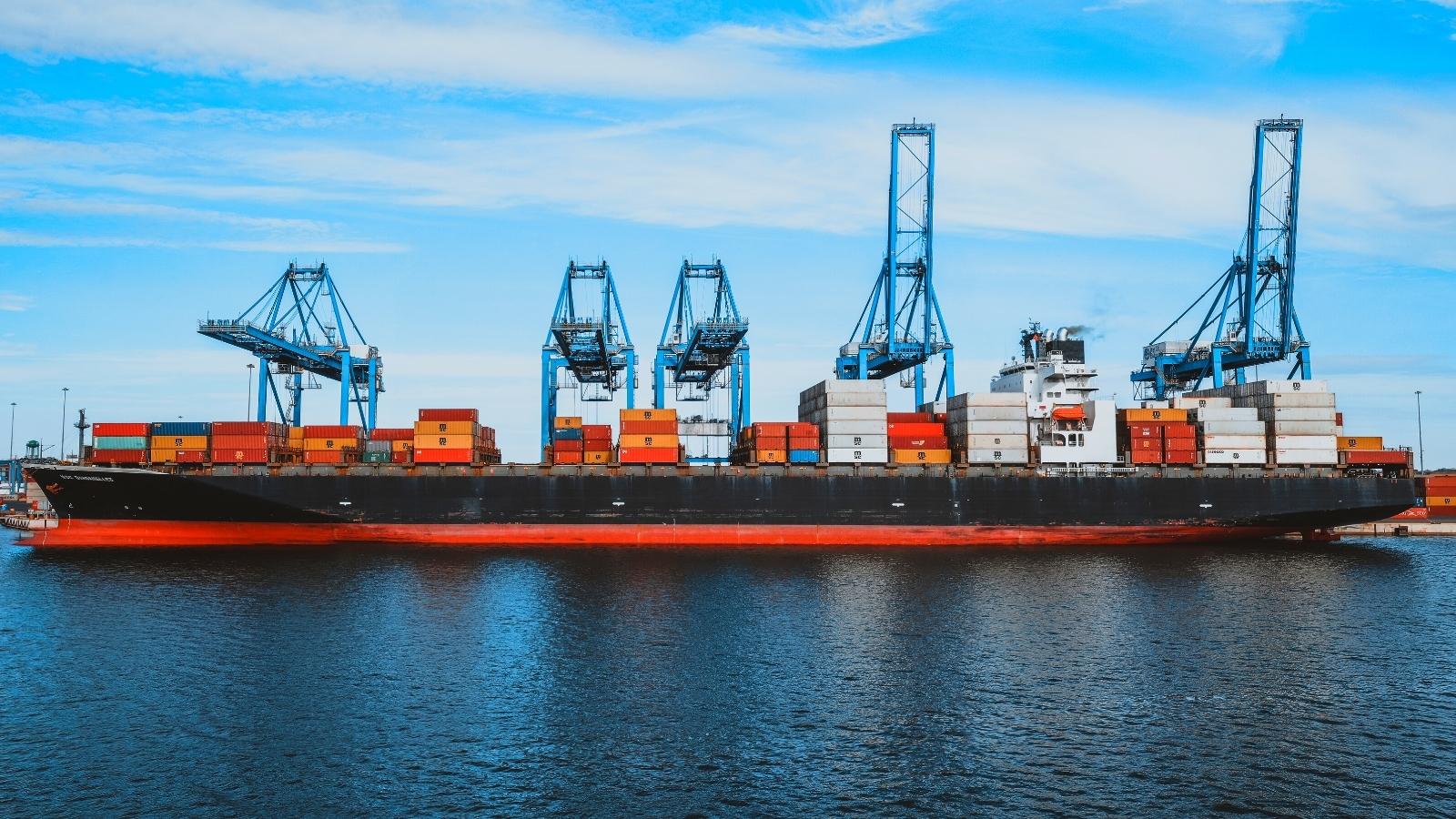 Pecan Exports Down 53% Year to Date

With the American Pecan Council having lost around 2/3rd’s of total funding pecan marketing has slowed significantly and demand for pecans seems to be slowing as well. Overall demand is down about 29% from the same time last season.

Last year by December the American Pecan Council had reported around 190 million pounds of pecans shipped to ingredient buyers and end users, that number recently increased to 202 million pounds with the latest report adding about 10 million pounds to last year’s numbers.

This year the APC has reported much lower shipments, with the latest report showing only 143.6 million pounds shipped for the Sept-Dec time period. This represents a decrease of 29.16% or approximately 59 million pounds. 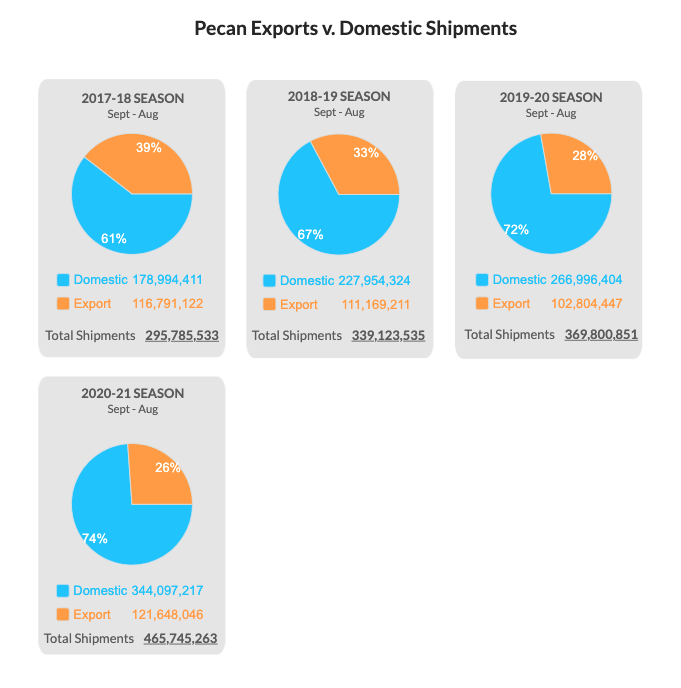 The export market has been largely stagnant with last year seeing the highest exports in the last four years with a slight increase. This year is lagging well behind though. Pecan export shipments have been well below last season showing a decrease of 52.61% from last year during the months of September – December.

Almost every export market has seen a decline. The European region is the only region that saw an increase. While small Europe saw a slight increase of 2.6% over last year. Asia is currently showing the largest slowdown dropping 73% from last year’s numbers. To date we have shipped about 24 million pounds less than last season. 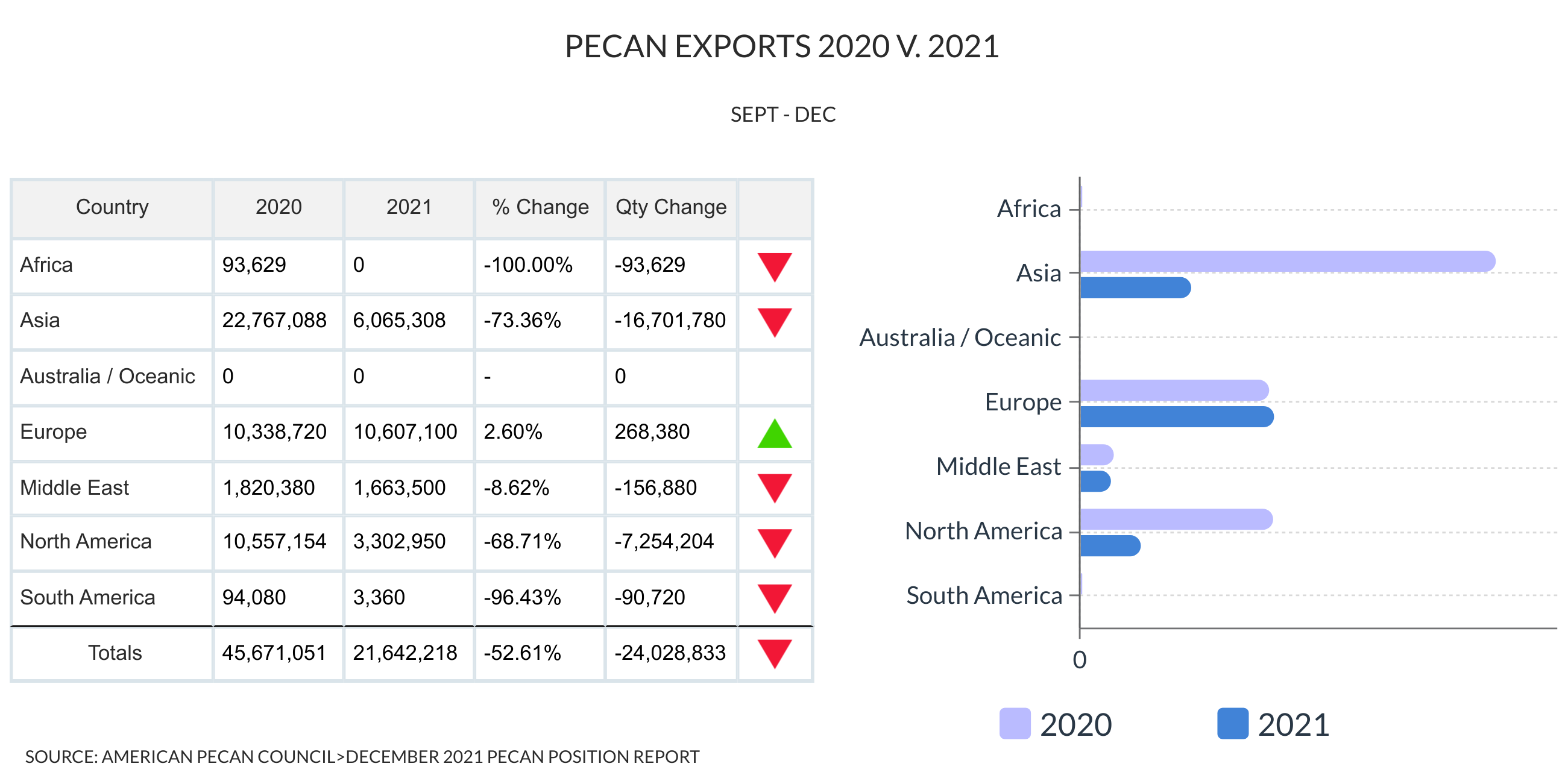 It is important to remember that last year was the largest year on record for both export and domestic shipments since the trade war and since the APC has been reporting monthly data.

We are early in the season and there is still plenty of time for exports to increase over the next eight months, but with what looks to be a very short crop, the decreased exports may prevent a supply issue later in the year.

Hopefully the new APPB will be able to get staffed and increase marketing in the near future. It will be interesting to see how demand will be affected until marketing activities can resume at previous levels again.