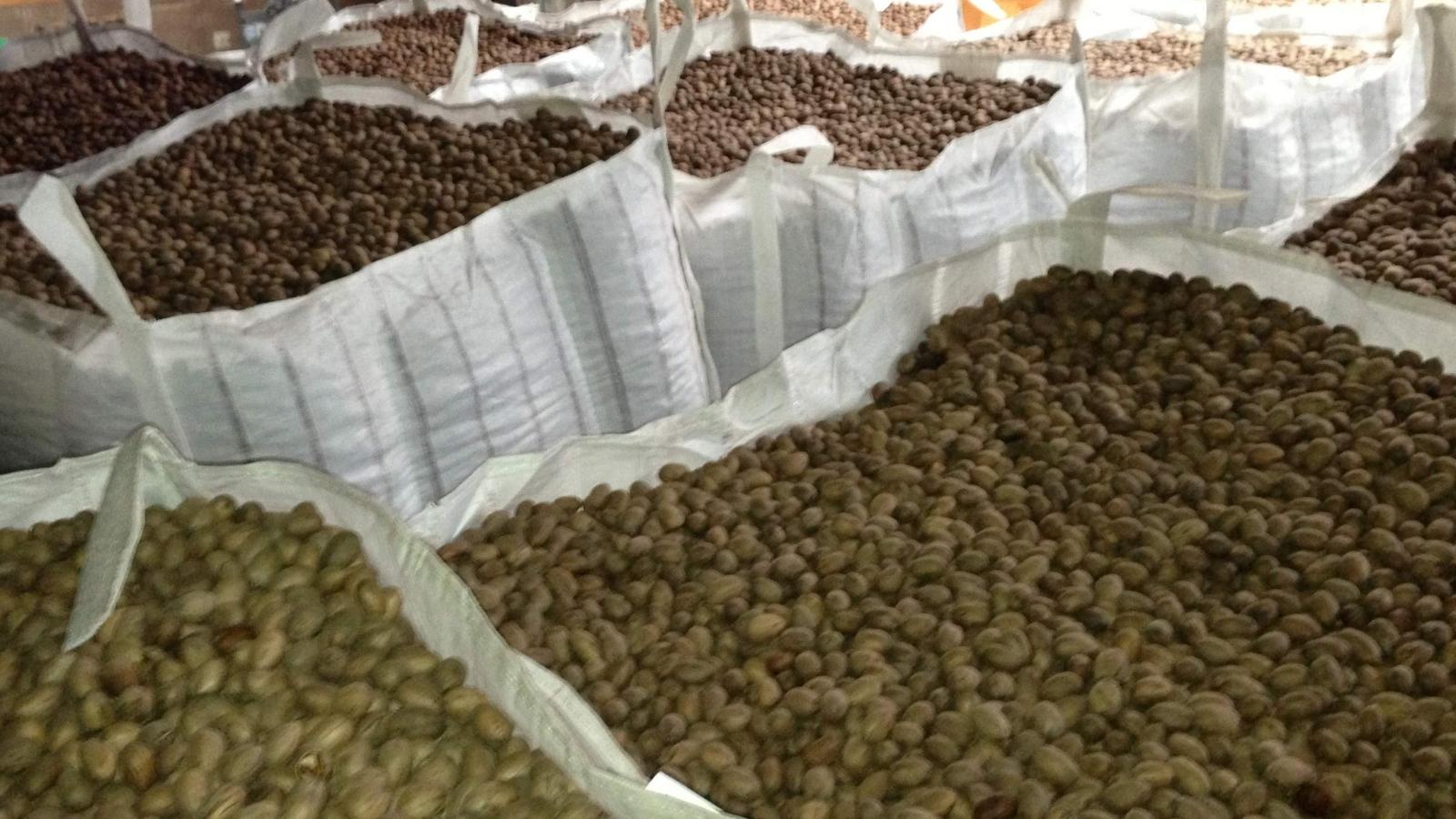 The USDA National Agricultural Statistics Service released the latest cold storage holdings for pecans in the US. The data shows slightly lower holdings when compared to last year at the same time.

Last year for the month of August the USDA NASS reported around 207 million pounds available while this season shows the month of August at 196 million pounds available, representing a decrease of 5.53%. Pecan holdings have been trending lower for most of the year, since January only March, April and July have not seen lower holdings for the year. 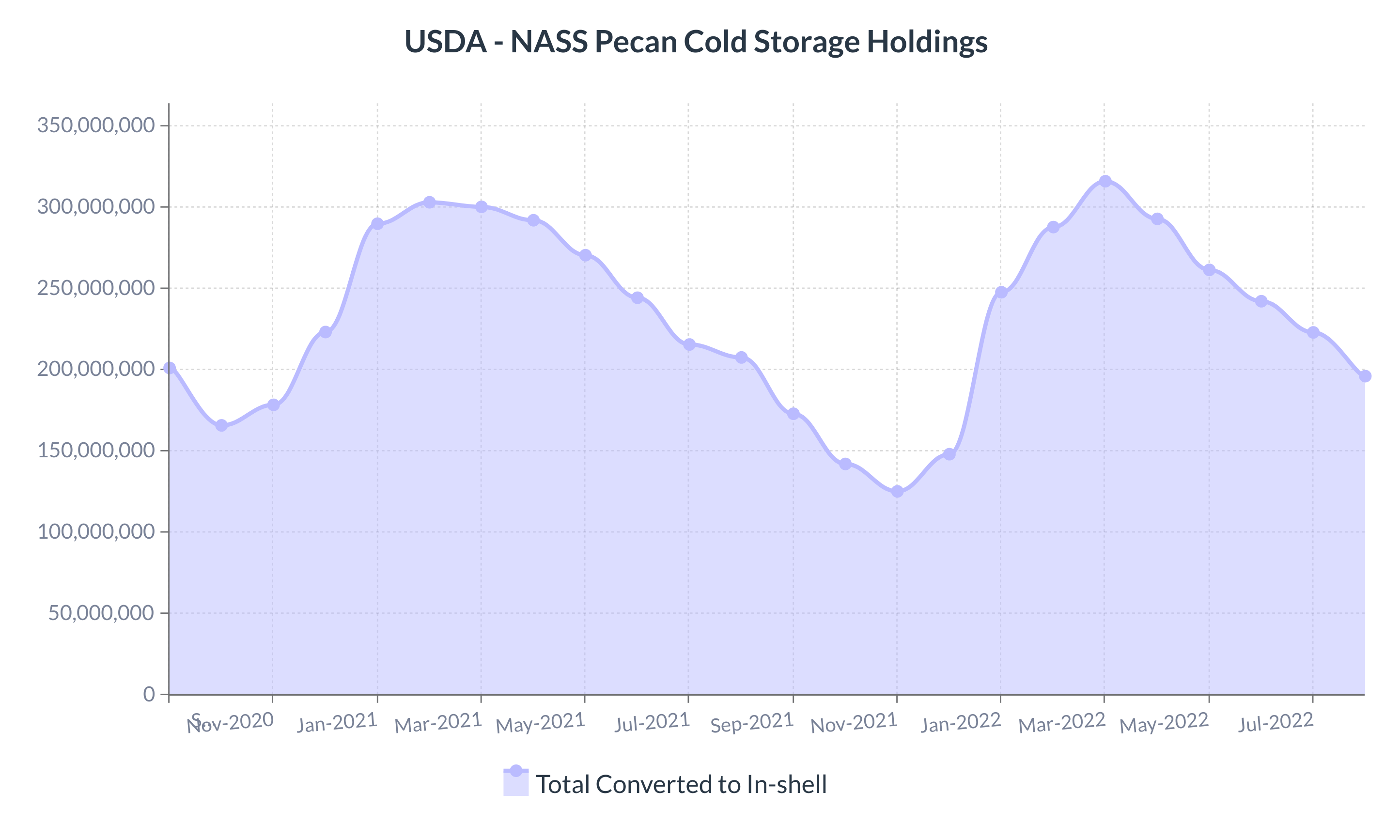 Demand for pecans has fallen from last year’s highs as marketing has lulled during the transition of assessments to fund the new APPB, however now that most processes and systems are in place, marketing is expected to increase, and hopefully demand.

As growers get underway shaking early pecan varieties, pecan prices are still holding up well on the farm with in-shell Pawnee pecans trending in the 2.50 – 2.60 range. With the Chinese new year coming in earlier this year, exporters to China are eager to get the earlier varieties packed and on a boat as soon as possible in order to reach mainland China in time to be flavored and roasted for the new year celebrations.

Domestic shellers are singing the same old tune of too many pecans and no buyers, but this is a common occurrence across ag commodities to push farm gate prices down. This year it might be accurate as demand has fallen over the past season, but it is worth considering that less pecans are available for purchase even compared to last year’s dismal shipments.

Based on these considerations, we might see prices increase over last season, however if shipments do not pick up, we see prices decline. One other consideration is hurricane Ian that is heading for Florida currently and expected to make landfall in the next day or two. The hurricane is expected to hit south Georgia around Friday of this week. South Georgia is the largest pecan producing area on planet earth and has a major impact on the market supply. If the hurricane rips through south and middle Georgia we might see a significant loss in supply this season. In 2018 hurricane Micheal removed around 50 million pounds from the supply chain at the start of harvest.