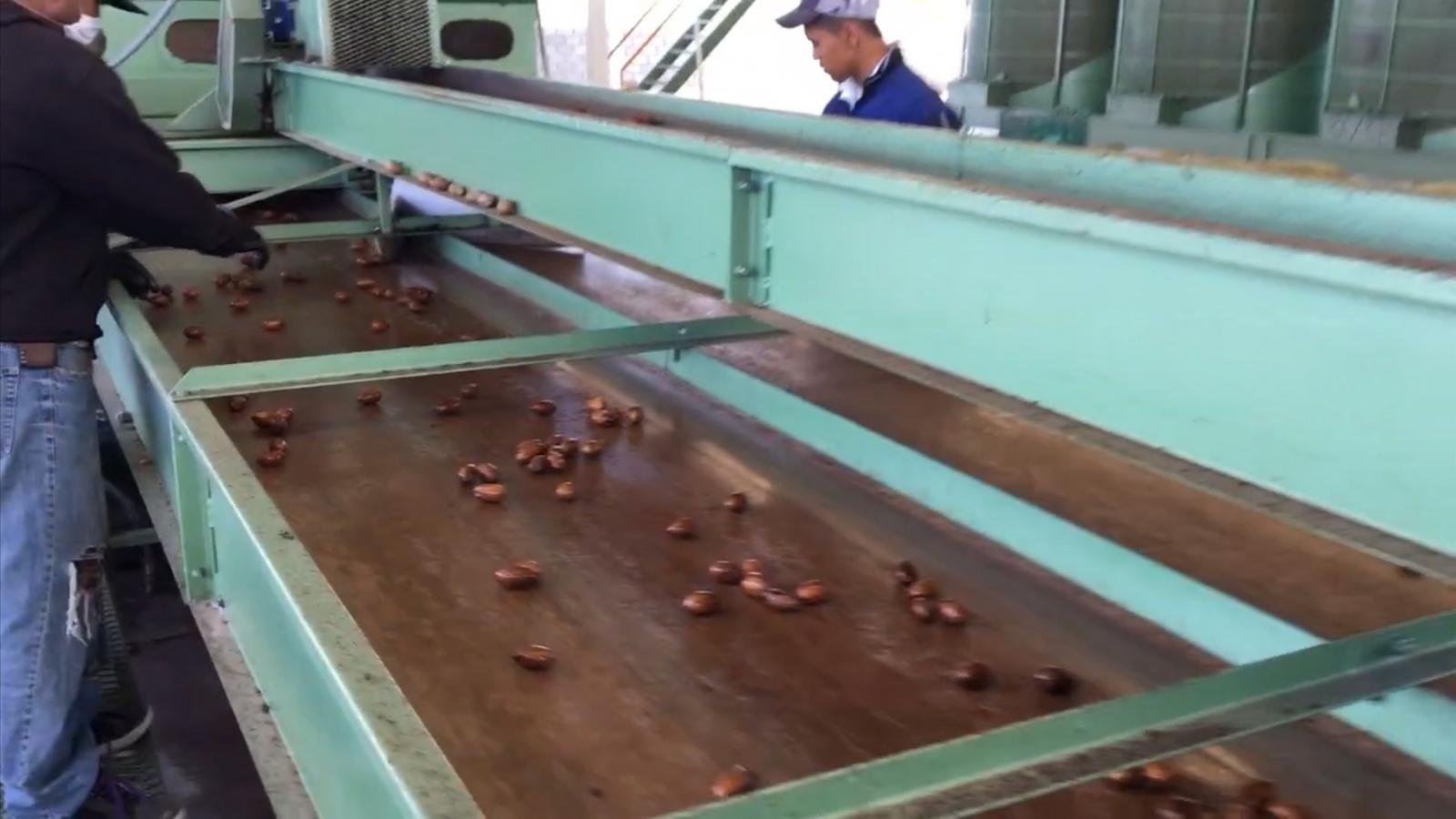 Optical Sorting Becoming the Standard in the Pecan Industry

Optical sorting has been used in agricultural commodities for years now, offering a faster and more efficient way to grade and sort commodities. With current labor shortages and increasingly stringent buyer demands for pecan quality, optical sorting is quickly becoming a standard in the pecan industry.

While we are in the heat of summer and right here in the nut fill stage most growers are focused on water requirements and nutrient requirements for the trees in order to fill the pecans as large as possible with high quality well filled pecan kernels.

However, some growers are also focused on improving their cleaning plants and bringing them up to what is quickly being considered and industry standard. Optical sorting with machines as opposed to humans.

Optical sorting in pecans has only gained popularity in the past 7-10 years. While slow to adopt in the beginning, optical sorting of in-shell pecans is now the unofficial standard for buyers and sellers in the US and Europe.

Optical sorters are simple in concept but highly advanced machines that can monitor every pecan passing through the inspector, sorting the pecans based on the grower or buyers demands.

Over the past decade we have seen more and more farmers remove the human labor and replace them with safer optical sorting machines. The reduction in labor and human contact with the pecans has been an on farm benefit for the operators, but the buyers have all but demanded the higher quality end product that can be produced by growers who utilize optical sorting in there cleaning plants.

The Wetherby’s plant in Albany, Georgia is a prime example of this, handling hundreds of thousands of pounds of pecans in the worlds largest growing region, the plant at Nut Tree Pecan had to find a way to keep up with the influx in pecans coning through their plant, while buyers continued to demand higher quality output.

After assessing the optical sorting market, the Wetherby’s decided to install a WECO optical sorting solution on their inspection lines to help the inspectors keep pace with the increasing throughput. After a short trial period the plant eventually installed enough optical sorters to replace the majority of human labor, and were able to also increase their throughput with higher quality standards.

The upfront investment according to their plant manager has more than paid for itself while increasing their plant capacity and reducing labor cost.

WECO has been in the optical sorting industry for years, and has now dedicated staff for the increasing demand coming from the pecan industry. Expanding their service reps to cover the entire southern US, WECO seems to be planning for the long term increase in demand coming down the pipeline.