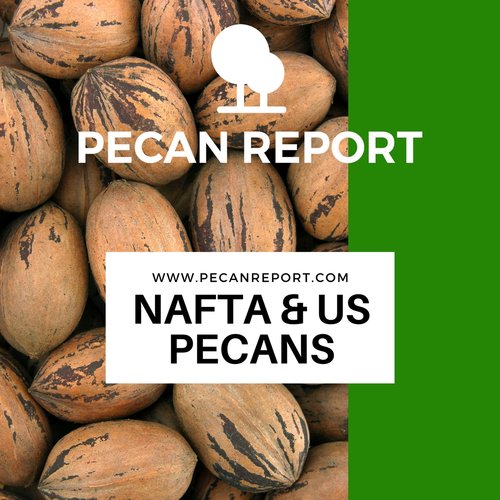 HOW NAFTA COULD AFFECT THE GLOBAL PECAN MARKET

First proposed in 1987 by Ronald Regan and signed into law by Bill Clinton in 1994 The North American Free Trade Agreement created one of the largest free trade zones in history. NAFTA essentially eliminated tariffs on goods between Mexico, The United States of America, and Canada. According to an article on CNN, $1.4 billion dollars’ worth of goods crosses the Mexico, US border every day, and Pecans are included in these goods as well.

President Trump has openly expressed his distain with the agreement largely because of the traded deficit that has been created with NAFTA and the loss of manufacturing jobs in the US to lower wage Mexico.

Having just sat down at the negotiating table, currently there have been no changes to NAFTA so at this point we are only speculating, but if the US were to pull out of NAFTA completely, which is highly unlikely, the effects would be felt through the pecan industry. First off, the price of in-shell and shelled pecans would likely rise in the US and around the world. Why, because the US handles around 85% of the worlds pecan supply and a large portion of this supply comes from Mexico. If half of the worlds pecan supply is taxed in the middle of the supply chain, then the tax will be passed on to the consumer in the form of a price hike. Another affect will be the cost of shelling the pecans. Until China showed up in the market, around 90% + of the worlds pecans were shelled before reaching the end consumer, today’s estimates are around 70%, much of this shelling is done in the US but some of it is done in Mexico where labor cost are lower. The pecans are then sent back to the US for marketing and consumption; again, if a tax is placed on the supply chain the price would ultimately reflect this tax. However, the current NAFTA renegotiation plays out, most of the agricultural community is of the opinion that the manufacturing sector is the main concern of the administration and that agriculture will likely not be heavily affected.