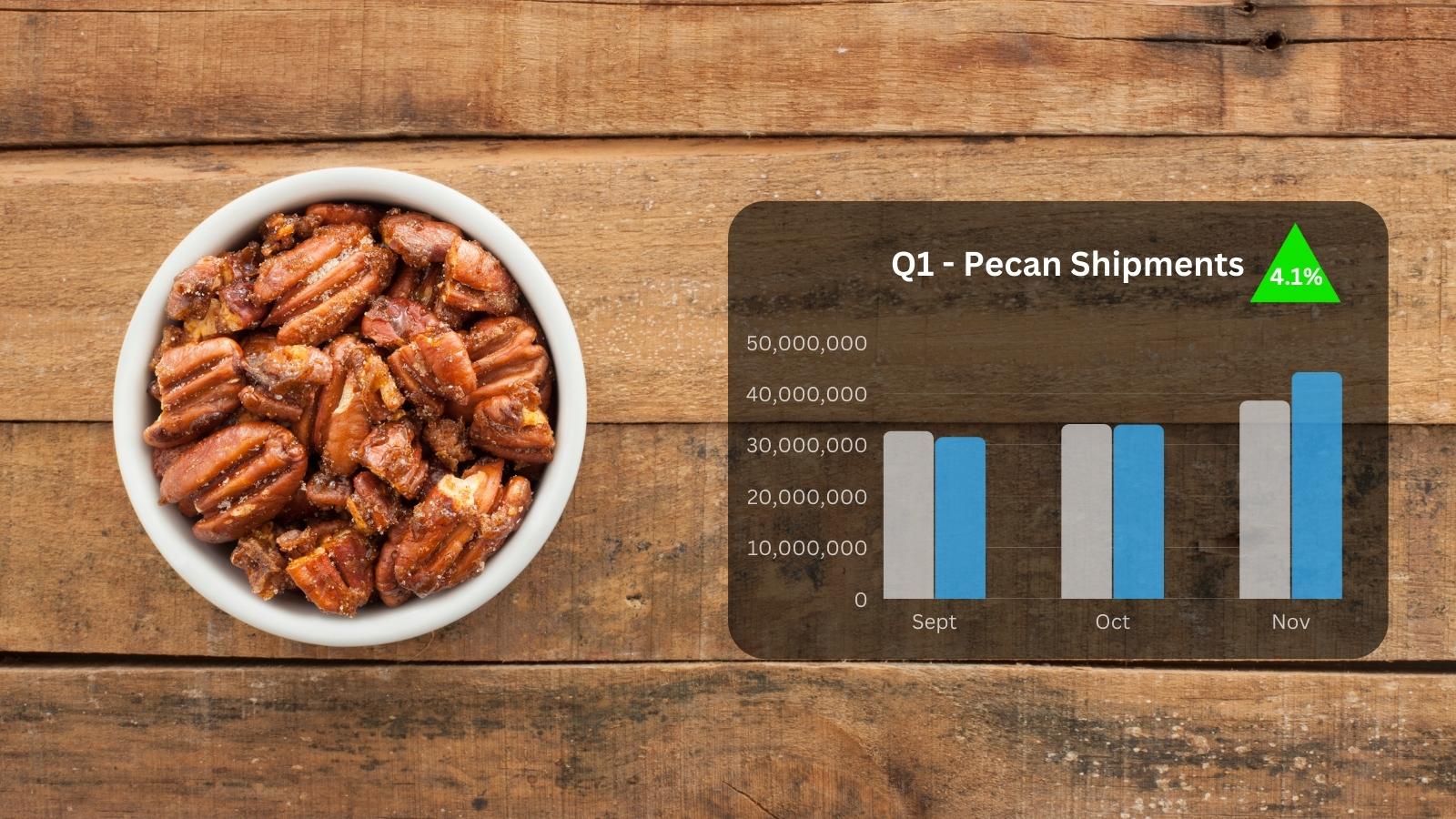 Pecan shipments have been slightly below last year and holding steady, but have pulled ahead in the last month of the quarter as reported by the APC. Farmgate pecan prices have been down in interim, prices opened strong with early season varieties commanding around $2.50/lb but quickly fell off as more pecans came onto the market.

Retail pecan prices have been holding strong and interest has been ticking upward. New markets being developed one of which is right here in the US. Domestic pecan shipments continue to dominate the landscape, but international markets are also receiving attention and punching demand.

Harvest in the southeast is winding down and many growers are still holding a large majority of their pecans, as prices slowly climb. Most growers have opted to go straight to cold storage with their crop as buyers have been making lower than desired offers in hopes of finding deals. Some deals can be found but are currently few and far between at the lower prices.

Handler Inventories hit the lowest recorded levels in October and continue to trend downward again in November. Inventory averages for the first quarter are down just over 33% averaging around 57.5 million pounds lower throughout the first quarter of the season.