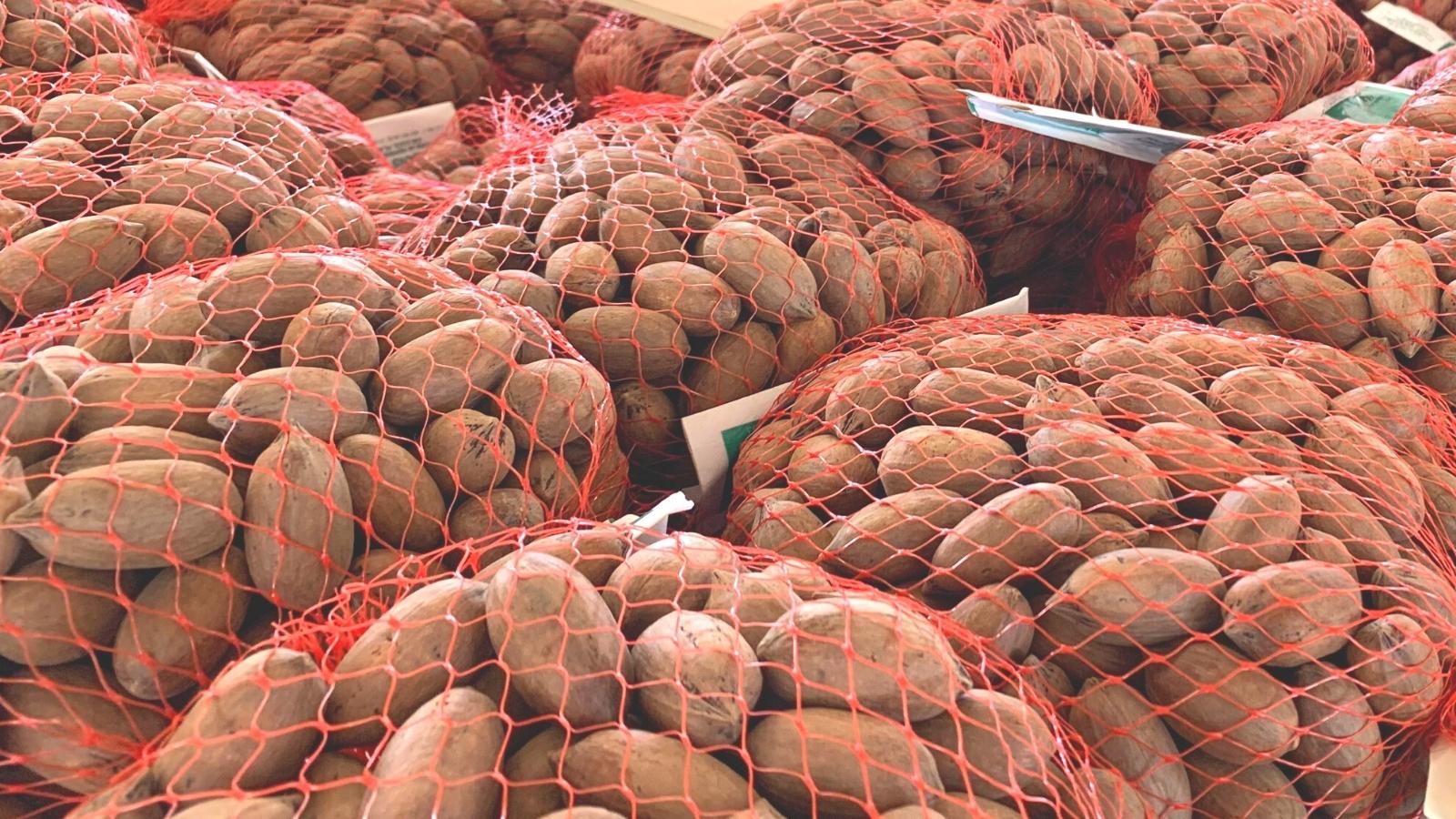 A four year look at data shows demand for pecans is on the rise and American growers are having trouble filling orders. Demand for pecans has shown an increase according to the data released by the American Pecan Council. Over the last four years we have seen a continuous and steady rise in pecan shipments end users.

Growers set out to increase demand in the US which had been reported as “stagnant” for many years. Since the onset of marketing in the US we have watched demand for pecans continue to rise year after year. In the following 2018-19 pecan season, pecan shipments reached just over 339 million pounds (153,767 MT), representing a 14.6% increase. 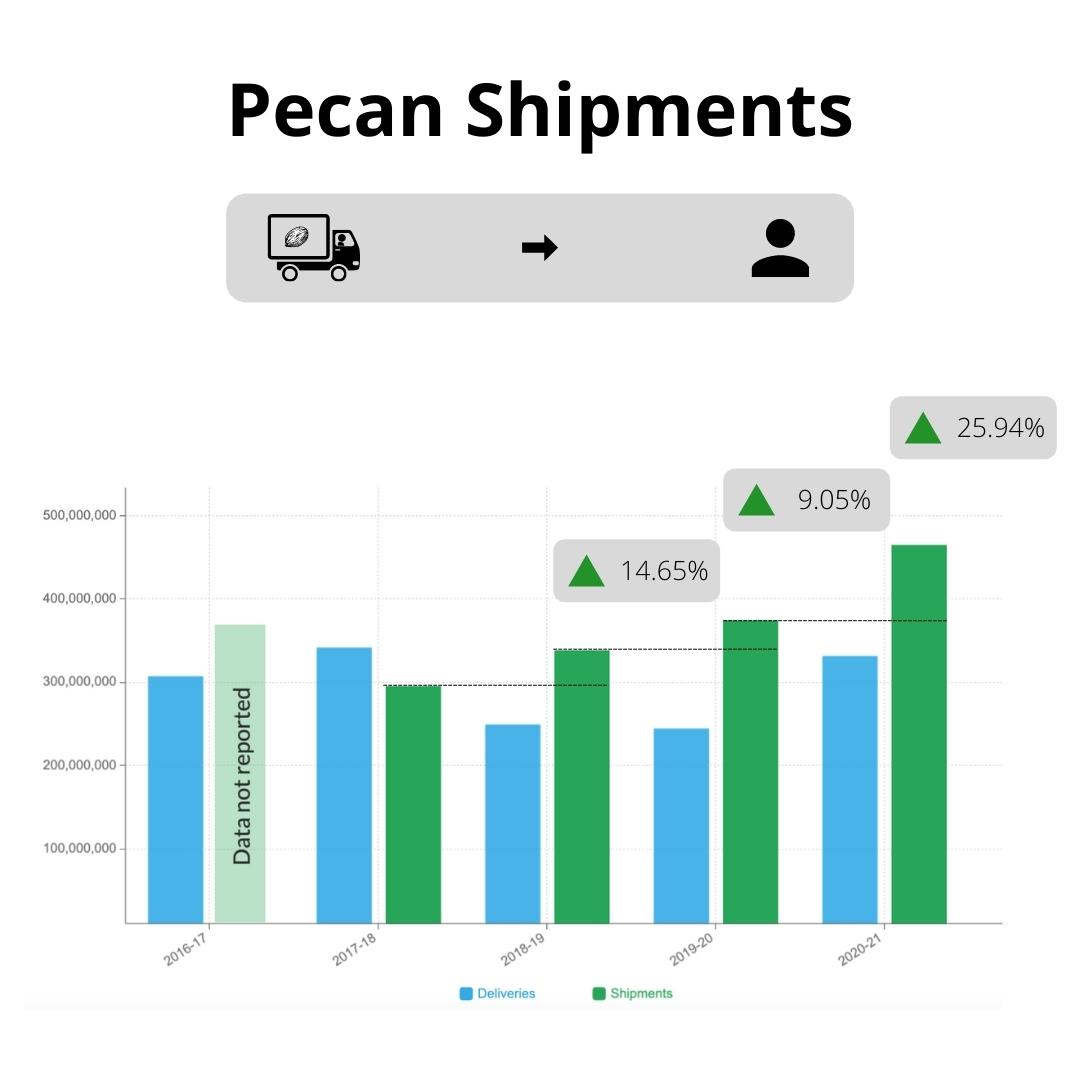 The increase in consumption in the US has helped to mitigate the temporary loss of the Chinese market for US grown pecans. Shipments of pecans to China are still strong, however Mexico has filled the gap temporarily with direct shipments to China from Mexico. The Oversized pecans that Chinese buyers like so much are quite limited in Mexico. The phase one trade deal has helped to return tariffs on US pecans to previously lower amounts, but pecan trade has still been slow to resume between the US and China.

Regardless of the China sales the industry has been booming in the US. Even with the lowered sales to China, US growers are having trouble keeping pace with demand. Each of the years referenced above has seen US growers come up short on deliveries. Grower deliveries are trending well behind the shipments, requiring buyers to source more pecans from Mexico in order to fill the demand gap.

US growers are working to increase production however with the delayed planting to harvest time gap in pecans, it is currently not fast enough. New orchards continue to come online for growers who have been planting over the last decade but grower deliveries are still coming up short. Last season was the largest gap with 465 million pounds shipped, but only 332 million pounds delivered by American pecan growers.