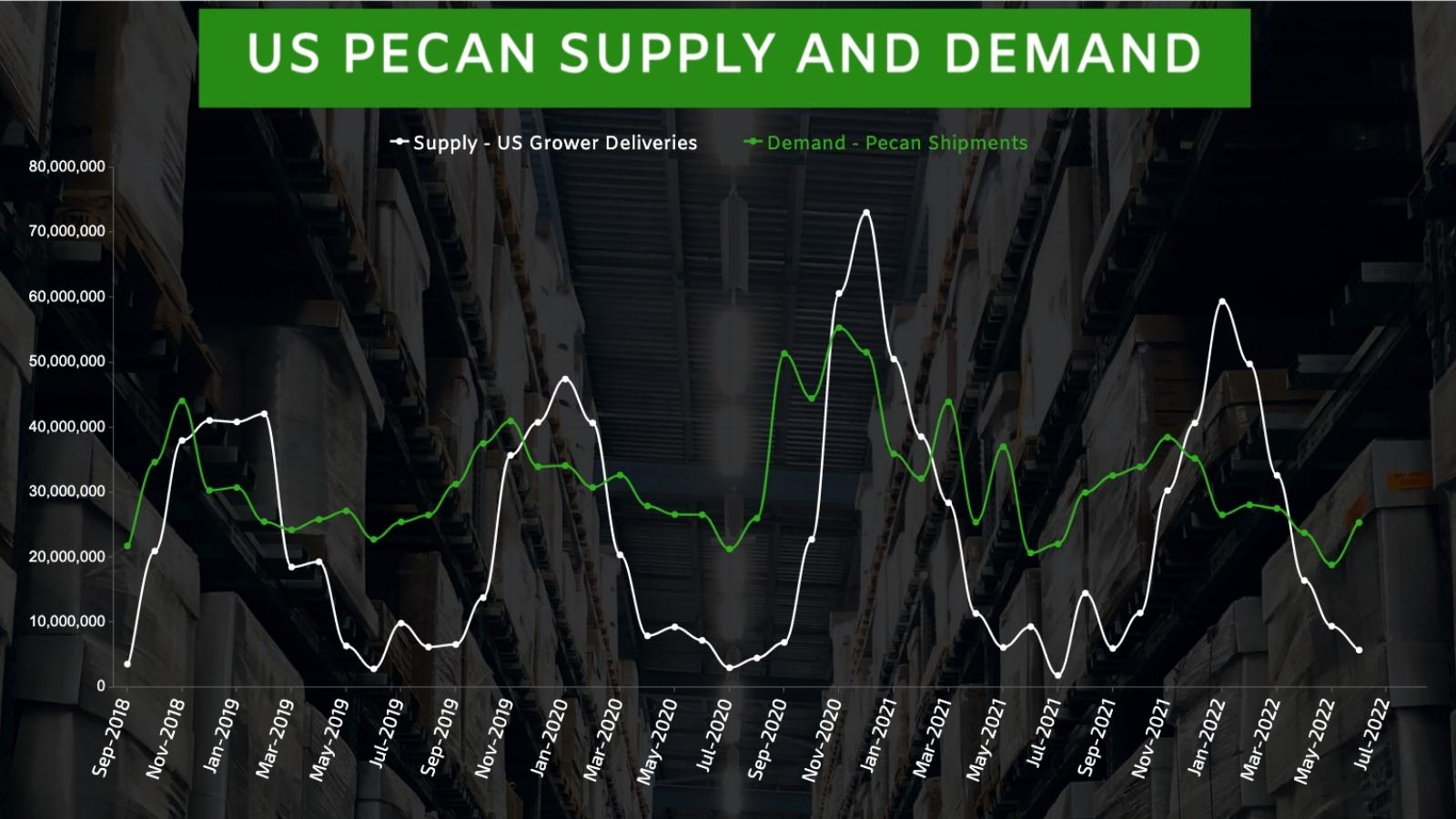 Demand for Pecans Continues to Outpace US Growers Supply

The demand for pecans used to be largely driven by southern states in the US along with a minimal export market to countries largely in the EU. This changed when Georgia pecan growers packed their bags and went looking for new markets.

China was found to be a large market with a big appetite for pecans, growers rode this wave for years becoming highly dependent upon the China market. Of course the China market was upended with the trade war and US pecan trade to China lulled in comparison to prior years. But growers had already formed their marketing order allowing them to collect assessments across the US producing states giving the industry a much larger budget.

The export market has not fared as well, hovering around 110 million pounds and dropping slightly each of the referenced years except for the 2020-21 season where we saw an increase in export shipments for the first time in the four year span, climbing to around 121 million pounds.

Growers in the US have had trouble keeping pace with the growing demand. Over the same referenced years, US growers have only been able to produce around ¾ ‘s of the shipments each year and sometimes less. Growers have been planting more orchards, however the demand continues to outpace the supply growth. With pecan orchards requiring around 7-10 years to reach commercial production the growth comes at a cost, requires time and of course money.

New varieties are being cultivated to help meet the demand of the growing market with help from universities like Georgia leading the way. Pecans are big business in the state of Georgia and growers are working to keep the supply from falling behind. New Mexico is also planting at a feverish pace with the highest number of new acres coming into production. The state has seen major growth over the past few years, and continues to plant new orchards.

Demand for pecans is expected to continue to grow over the next decade and growers are working to keep pace. As the new APPB comes online and ramps up marketing demand is expected to grow even faster as a larger marketing budget should result in higher consumption in key markets.

Note: Data referenced in this article is produced by the American Pecan Council and is subject to change regularly without notice.