The American domestic pecan market has long been the dominating consumer of pecans. This can be largely attributed to the pecan ,carya illinoinensis, be the only tree nut native to the USA. Also, up until recently, the pecan industry was largely fragmented and highly autonomous from one state to another, which allowed for most of the pecans grown to be sold locally here in the US.

The pecan industry has gone through major changes over the past decade with the formation of the US Pecan Growers Council, which has led the effort in promoting and educating consumers about pecans. This eventually led to the formation of a national marketing order in the pecan industry here in the US, which has officially formed the American Pecan Council that oversees the functions of the marketing order. Since its inception American Pecan Council has done a great job promoting pecans both domestically and abroad.

Along with the new pecan marketing order, the industry has been able to compile reliable data on production and consumption of pecans in the United States and abroad. This information coupled with the USDA’s pecan cold storage information, allows industry participants to see a much clearer and more honest picture of the pecan industry. Recently released data shows positive numbers in both consumption and production, with the exception of recent natural disasters in high pecan production areas of the country.

With the new data available and clearer image of  the overall industry, many entrepreneurs and existing food companies alike are taking notice, and many have decided to get in on the ground floor of what is projected to be a high growth commodity over the next 20 years. 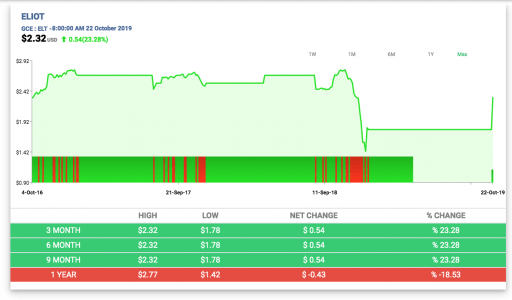 One stand out in the Eastern region of the United States is the “Elliot” pecan. The Elliot pecan is grown in several states across the southern US, but most notably in Georgia. Southern and middle Georgia is also where several producers have already capitalized on this variety of pecan in attempts to make it a household name. The Elliot pecan is a large to medium size nut with good kernel fill, averaging over 50%, and usually making a Jr. Mammoth Halve. The more notable feature is the quantity of perfect pecan halves that shell out from the ‘Elliot’ and the superior taste. With a higher oil content and dense, well filled kernel, the Elliot pecan is quickly gaining notice among retailers.