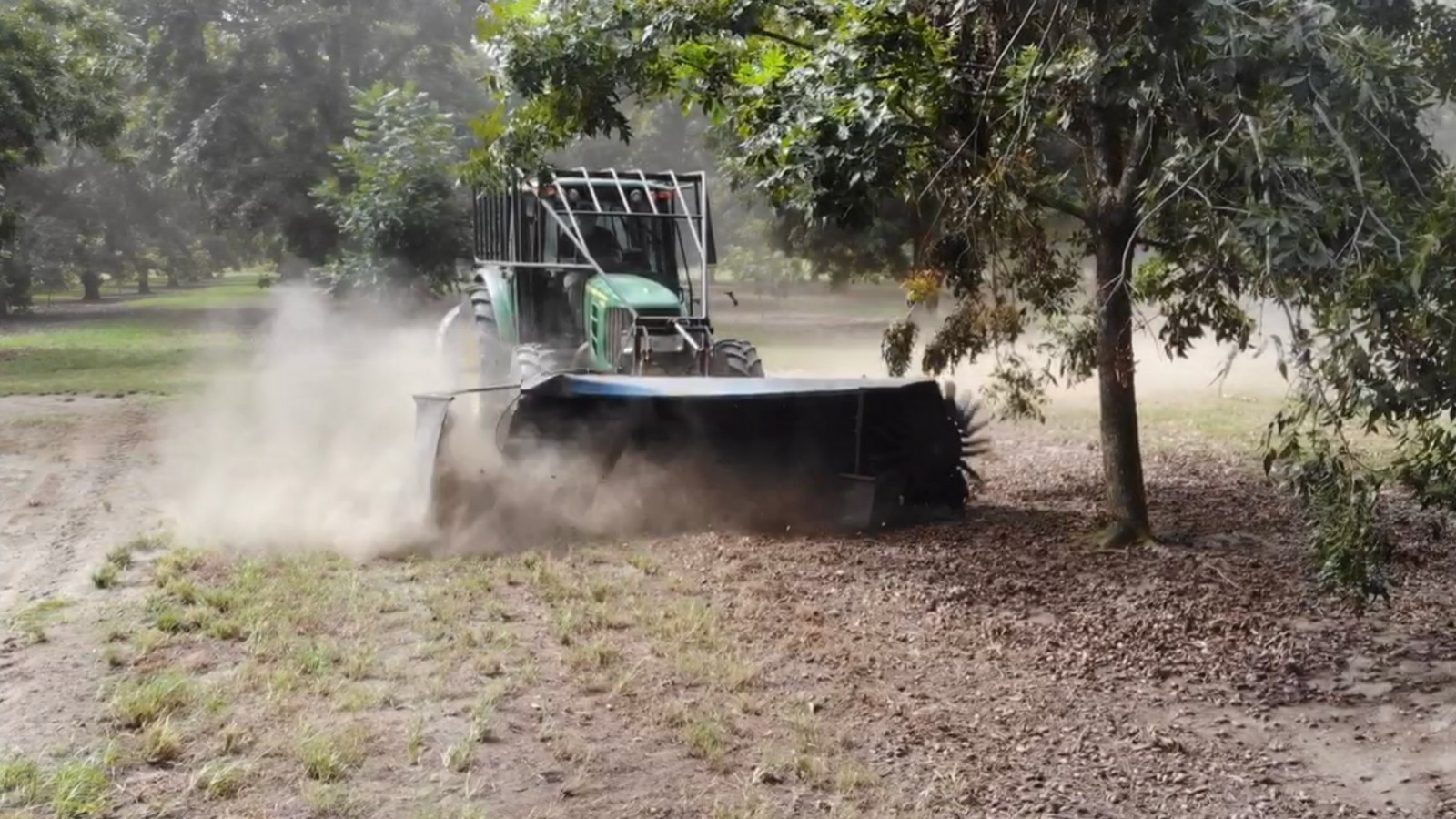 Count Down to Pecan Harvest 2019

Pecan growers across the southern US are inspecting sand chains on harvesters, greasing the heads on their shakers, and checking bars and bearings on their sweepers in preparation for the upcoming pecan harvest that is now less than 3 weeks away. Opinions are varied among pecan growers as to the size of the upcoming harvest. Growers in the western US such as California have seen a good growing season with what is expected to be good yields. Growers in west Texas have seen a few issues over the growing season with high winds causing some damage. In middle and east Texas, growers have experienced issues with black aphids as well as drought in parts of northern Texas and Oklahoma. Georgia’s pecan crop is experiencing an atypical year, with heavy damage to orchards and trees from last year’s category 5 hurricane Micheal, that made landfall early harvest ,

October 7, 2018, causing unprecedented damage to America’s largest pecan producing region. The damage incurred to Georgia’s crop will take years to replace with new plantings. The estimated quality of this year’s pecan crop is as varied as the growing regions themselves. Overall pecan growers are optimistic about kernel quality, commenting “crop looks good overall’ and “quality looks good but [tree] yield is down slightly’. Accumulators and shellers have been scouting pecan orchards across the US to attempt to get a handle on this years crop size as well as quality. Buying interest has been up this year compared to last year. Pecan exports have been steady over the past year with the exception of China, due to current trade tensions between the US and China. As buyers scout the pecan orchards, early offers have been trickling in, and China buyers seem to be back in the bidding pool with early offers to Mexico and the US.

Last year Chinese buyers attempted to shift purchase to Mexico where tariffs are still at 7%, however many of the Mexican exporters where not prepared to bag and pack to their specs, a process that is normally handled with US suppliers. Even while the trade war continues with the US and China, Chinese buyers seem willing to make deals with American growers to get the product that they desperately need before this year’s Chinese New Year festival.