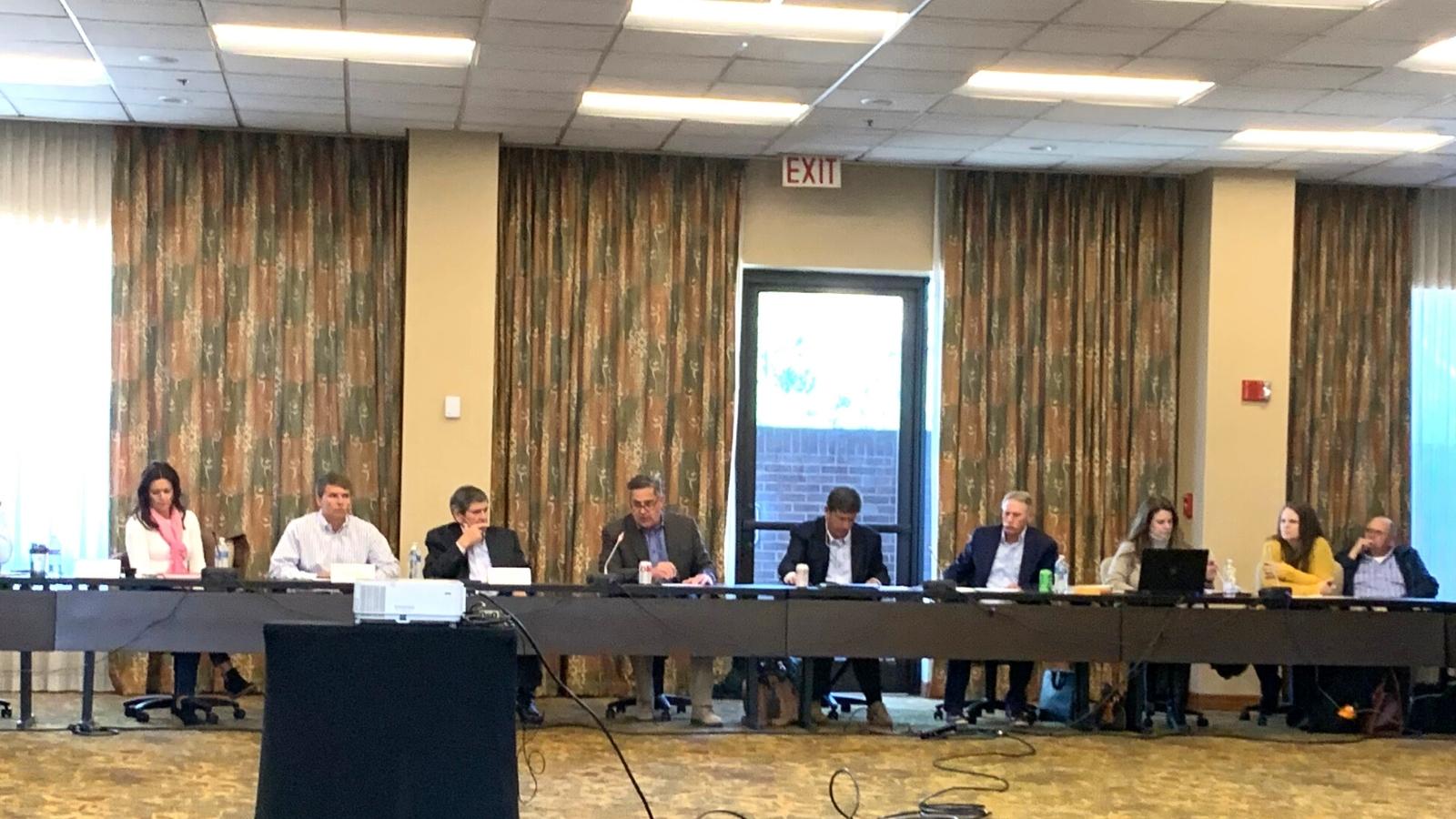 The American Pecan Promotion Board (APPB) held its first in person public meeting yesterday 23-March-2022, in Grapevine, Texas near the Dallas / Fort Worth airport. The meeting followed behind another pecan meeting by the American Pecan Council.

The APPB was recently formed to address the pecan imports being marketed on American growers assessment dollars. The program allows for pecan imported into the US to be assessed at $0.02 and $0.04 per pound for in-shell and shelled pecans for the purpose of marketing and research.

The assessments of the imported pecans will hopefully increase the available marketing dollars for pecans increasing demand and allowing for more research into the health benefits of pecans. Yesterday’s meeting was brief as the board has only just been appointed in recent months and has been able hold virtual meetings via the internet.

Staffing is an important urgent and important issue with the new organization; the APPB has received approval to work with the APC staff and will be able to utilize most of the current APC’s current staff. This will likely allow for a smoother and faster start up of the new APPB’s promotion activities.

The American Pecan Council will continue marketing pecans in foreign countries while the APPB will assume more of the marketing in the domestic market. The theory is that this will allow for a significant increase in overall marketing dollars and help to level the playing field for American pecan growers.

Still in the early stages, the APPB is working to create an electronic reporting portal for payment of assessments, and is exploring the option of having customs collect assessments at the border when foreign pecans are imported into the US.

Mr. Dave Salopek led the meeting, giving updates about current progress with the various projects, reviewing financials and assessments. Staff from the APC gave updates of current marketing activities and strategies that were being deployed by the APC, for consideration for the APPB to continue, and possibly increase.

The APPB is a completely separate organization from the APC and has different roles and responsibilities, however, the organizations can share resources to allow both organizations to work more efficiently to promote pecans.