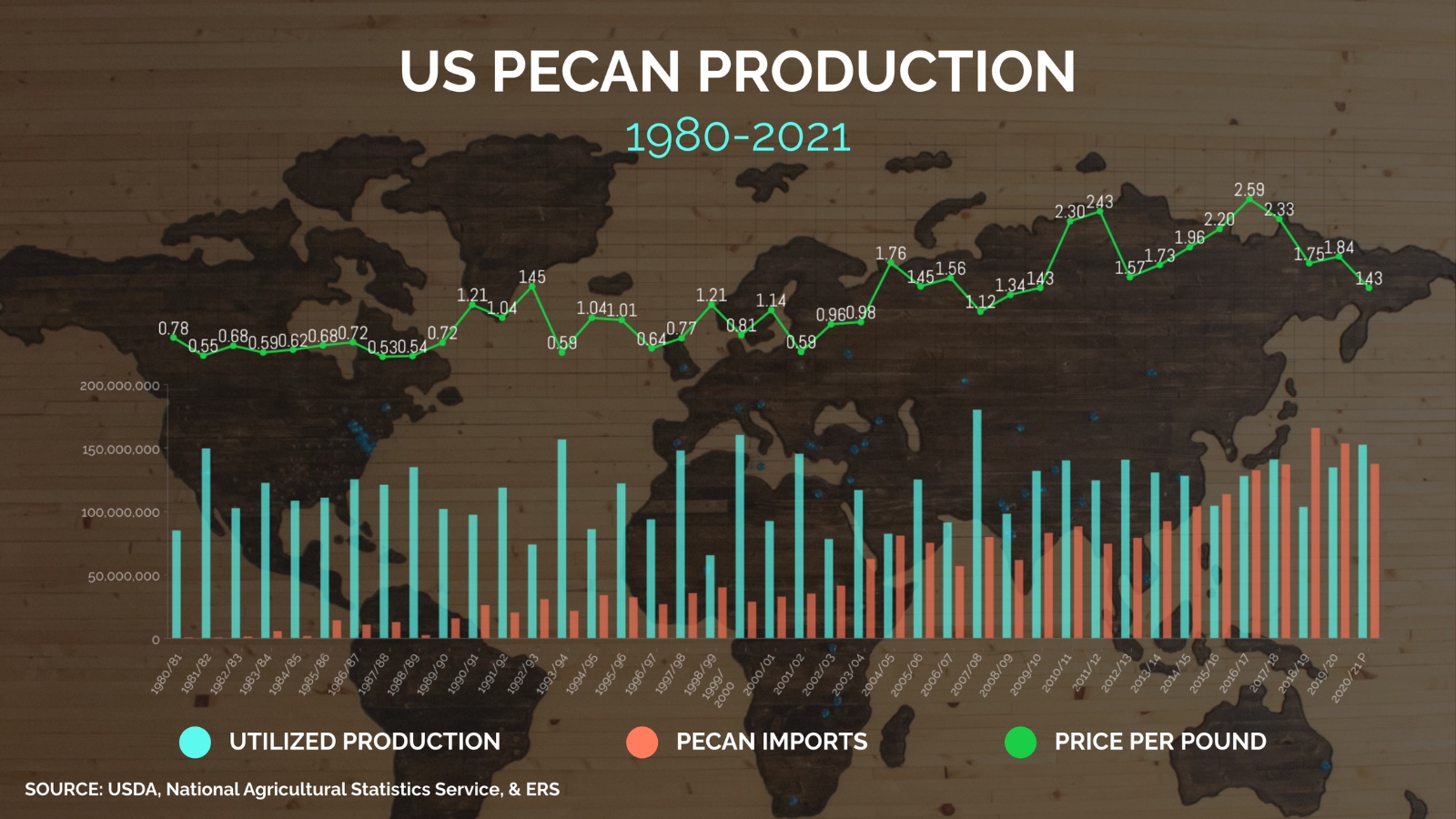 A 20 Year Look at Pecan Production, Prices, and Imports

North America has long been the global leader in pecan production and consumption possibly due to the fact that pecans are the only tree nut native to the land.

Pecans grow naturally in the southern US but farmers quickly realized their commercial appeal and began planting pecan trees as an alternative crop for a healthy, storable and portable protein source for humans.

Pecan production in the US has been on the rise over the past decade but not nearly as fast as the consumption. Around 2010 pecan growers in the US began mitigating the alternate bearing tendencies of many pecan varieties in order to stabilize production for more regular use, and has allowed for pecans to be utilized in more products as supplies become more stable throughout the year.

While production has stabilized and increased, the pace of pecan imports has far outpaced the native production growth as local growers plant new orchards that on average take nearly 7-10 years to reach commercial production levels.

Consumption of pecans continues to outpace production but growers are working to increase supply levels. Pecan prices have fared well over the growth period climbing as high as 2.59 for the yearly average in 2016-17, but have since fallen nearly a dollar as pecan imports rise faster than local production.

Growers in the US and Mexico have been planting more orchards but have not managed to keep pace with consumption, and as the new marketing campaigns begin to roll out the gap is only expected to grow, until growers can catch up to the demand for healthy plant proteins, known as American pecans.