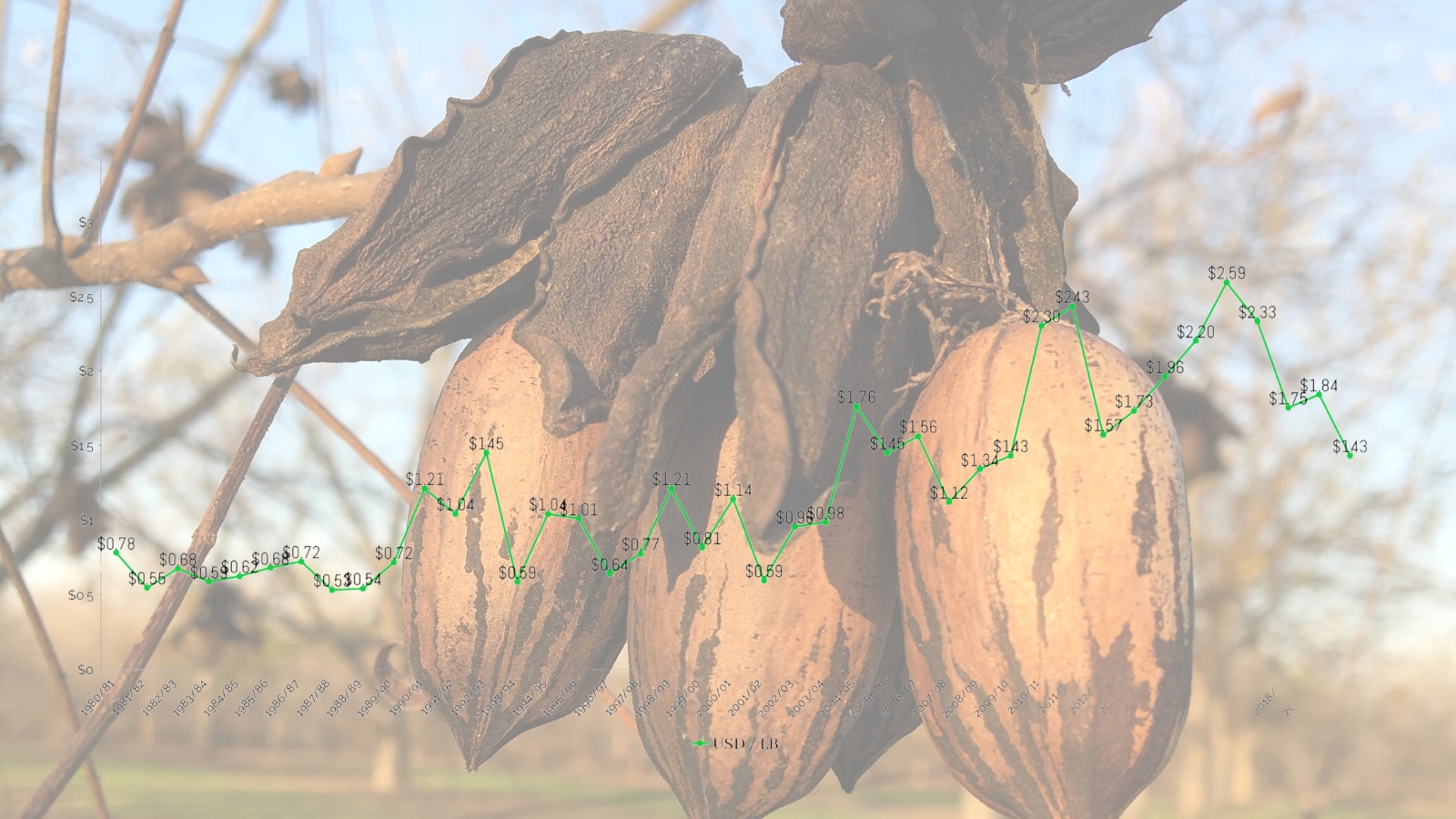 Farmgate pecan prices have seen better years than current with on the farm prices peaking in 2016-17 harvest season at an average of $2.59 per pound for in-shell. Pecan prices currently are hovering in the 1.65 range this season but are expected to climb as the harvest in the US and Mexico are coming up short.

Shelled pecan prices have fallen on the wholesale market but prices continue to hold steady on the shelf. The distance between the consumer and the farmer has a big effect on the price paid to growers but the consumer has seen relatively stable pecan prices over the past few years when buying from the larger retailers.

That is also when pecan exports began to rise. In the early 90’s pecan exports approached the 20 million pound mark for the first time and stayed there until pecan exports from the US finally grew to 22,011,000 pounds setting a new record for pecan exports.

By the 2000’s pecan exports were regularly greater than 20 million pounds and even doubled by the 2006/07 season hitting 44,105,000 pounds and has increased continuously since then. We have still had swings in the exports but overall the pecan exports have been trending upward with the latest data from the USDA’s ERS showing pecan exports reaching 116,143,000 last season.

Pecan prices have not had as steady of an incline although prices have generally climbed as pecan exports have also climbed. Pecan farmgate prices finally surpassed the $2 market in the 2010-11 crop year with an average price of $2.30 per in-shell pound, prices climbed again the following season but made a sharp decline in the following year.

Prices slowly increased again to a peak of $2.59 per in-shell pound on the farm in 2016-17, but have since declined to last season’s average of $1.43 as reported by the ERS data. This was the lowest price since the 2009-10 harvest season. The $1.43 price would have been close to a break even number for many quality growers with strong yields, but inflation has pushed inputs much higher for pecan growers and the $1.43 prices with inflation prices on inputs pushes the bottomline into the red.

Hopefully farmgate prices will increase for the upcoming seasons if the marketing dollars can increase demand enough for the value to trickle down to the grower level.