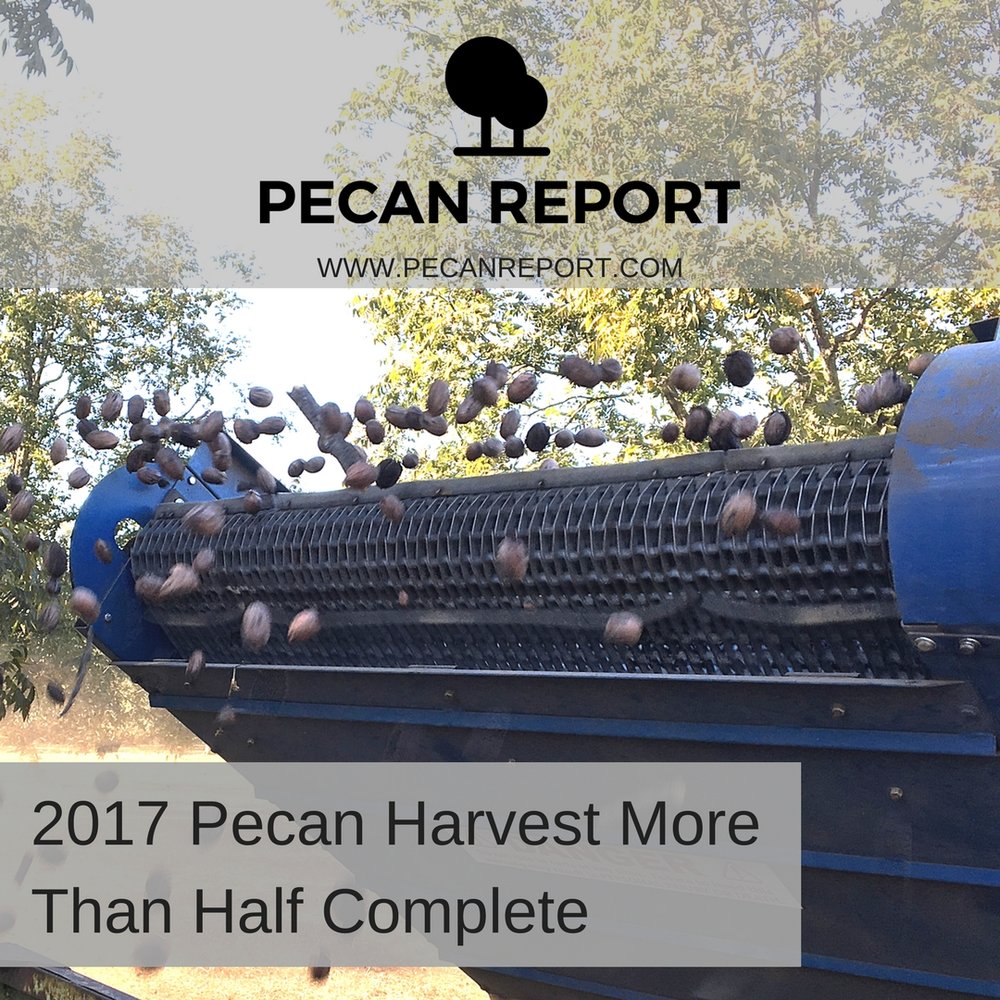 2017 PECAN HARVEST MORE THAN HALF COMPLETE

The 2017 pecan harvest season commenced in late September starting with early season varieties, Pawnee (PWN) in the southwestern US and Wichita (WICH) in northern Mexico. With the exception of tropical storm Irma hitting South Georgia just as Pawnee (PWN) began opening up, there has been good harvest weather across the southern US and northern Mexico allowing pecan growers to move rather quickly through pecan harvest.

Growers in West Texas, New Mexico, and Arizona are still waiting for the first freeze before beginning harvest, but the rest of the pecan belt has made good progress harvesting this year’s pecan crop.

Estimates for this year’s pecan crop have the Eastern US at 65%-70% complete, which include the states of Georgia, Alabama, Florida, South Carolina, and North Carolina.

The Central region is estimated at 65% with the exception of the El Paso region of west Texas. The central region includes Kansas, Missouri, Oklahoma, Arkansas, Mississippi, Louisiana, and Texas.

The western region is estimated at 10% or less with growers in the major producing areas of this region having not begun any harvest activities yet, while still waiting for the first hard freeze in the area.  However once this region begins harvest activates will move fast as long as weather permits.

One note that has become a major concern to growers in parts of New Mexico is a restriction on pecan shipments now put in place for four counties in New Mexico due to the pecan weevil. While the growers in these counties will be able to harvest, they will not be able to ship pecans out of their counties for 180 days according to reports from the New Mexico Department of Agriculture.

Mexico is reported to be around 80% complete with harvest for the entire country, but reports coming in are still spotty for various regions and this estimate could change in the next 30-45 days. We will continue monitoring the harvest as it progresses.